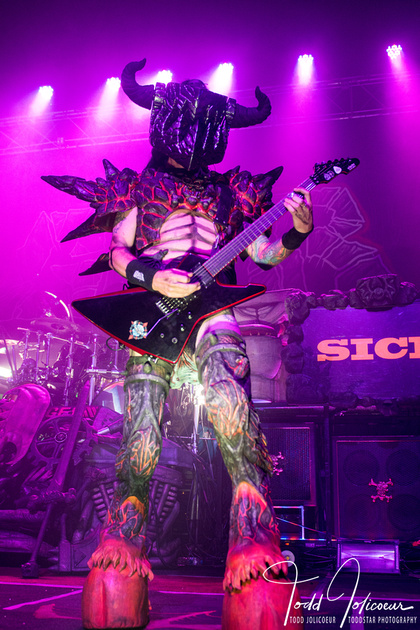 GWAR is one of those bands that tours relentlessly, yet I always seem to miss them when they roll through Detroit - this run was going to be different. After a busy day in the office, I was able to get everything lined up and over to the venue for a 10:30 pm start time.  I was finally going to witness the chaos of a GWAR show first hand.  Walking into the venue and seeing all of the GWAR fans around, I started second guessing my choice of a pinkish polo shirt... it seemed everyone in the place was wearing either black or white.  I made my way to the photo pit before the band was to take the stage and made sure to locate the nearest exit... from blood, bodily fluids, and whatever else may come my way.  The stage was setup and I had the feeling this show was going to be worth the wait - and it was.  From the moment the lights went out, the video started to roll, and we were thrust into a trial - the crowd and band whipped each other into a frenzy that was not going to die down anytime soon.  After the video and some character dialogue, the band took their places on stage and proceeded to deliver an interesting show full of theatrics, GWAR classics that had the fans going nuts, and very solid playing from the band.  Kicking the show off with "Fuck This Place," the band came out firing on all engines and proceeded to give the fans what they wanted... music, a show, and overall mayhem.  There was a beheading and much more to behold while rocking out.  While I don't know a lot of the bands catalog, I was impressed with the stage presentation and the way they played to their fans - there is a real love-love relationship at a GWAR concert, as witnessed in Detroit last night.  The band loves their fans, which was evident by the amount of planning and work that goes into a show like the one the band put on tonight, with video graphics and feeds, special effects, talking props, etc.  The fans cannot get enough of the band and all of the miscellaneous characters along the path during the show, including the use of 'blood' and other bodily fluids throughout the show and the reintroduction of some old family friends.  Whether they are your cup of tea sonically or not, this is a band that delivers entertainment and is not to be missed when they roll through your town. 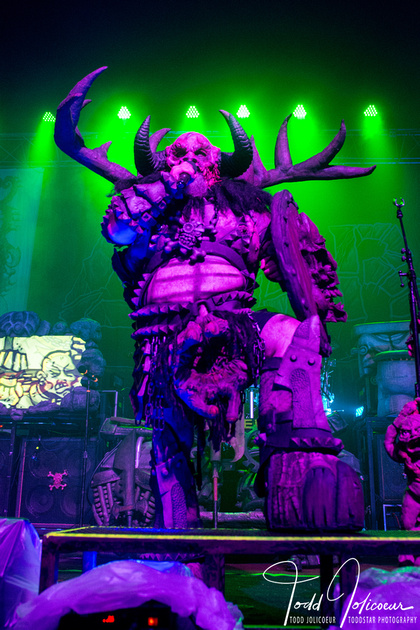