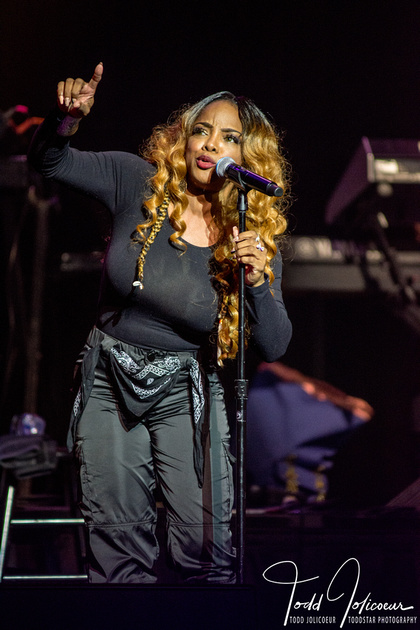 Venue: Sound Board inside MotorCity Casino

Leela James rolled into Detroit on a Sunday night and a packed Sound Board located inside MotorCity Casino couldn't wait for her to take the stage and entertain us all.  With a catalog of killer track behind her, including the latest EP Are You Ready that she performed with The Truth Band, the crowd was in for a killer night of music, but most of us got more than we expected as the night unraveled.  With a three piece band and two background singers, Leela tackled song after song as she moved from center stage to left to right and back to center again, making sure each person in the venue was able to feel like they had a front row seat.  While she showcased songs from her last two full length releases, 2014's Fall For You and 2017's Did It For Love, it was her banter and introduction of the 2019 single "That Woman" that whipped the female component of the audience into a venue, as she spoke directly to her Queens in the audience.  My personal favorite, "Say That," made an appearance in the set, but I wasn't complaining about any of the songs she pulled out and performed, as it seemed be to culled from my iTunes Leela playlist.  After running through more than a few songs, she started bringing her "party people" on stage and before we knew what was going on, we were all submersed into a Sunday Night Dance Party DJ'd by none other than Leela herself.  She played her favorites, fan favorites, and even played songs she said were her dad's favorites.  After her impromptu DJ set, she slowed things back down and took us out with more songs from her bag of musical tricks.  The crowd stayed up and danced the night away, swaying and moving in their seats or standing in the aisles.  This was one of the best and most entertaining shows of the year, IMO.  Leela doesn't have many dates left on this current tour swing, but if you are in Napa or Oakland, CA and dig R&B and Soul, make sure you get to one of her shows - you will not be disappointed. 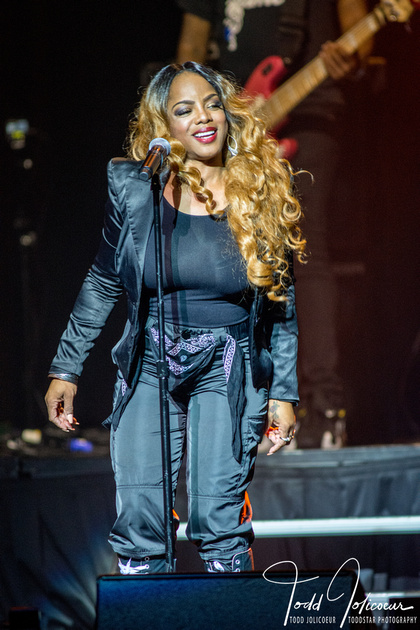