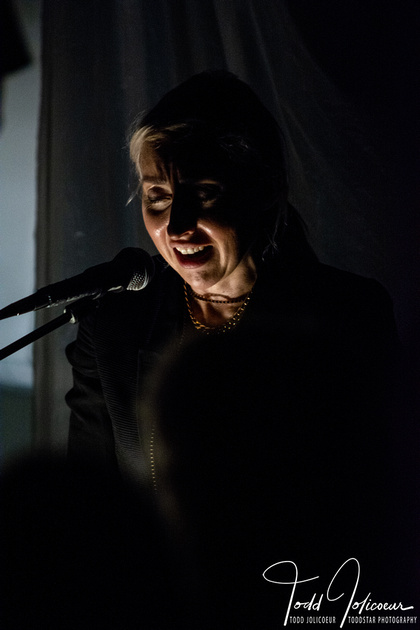 With her latest disc - Caligula - recently released, Lingua Ignota is hitting the road to support the effort.  A lucky crowd that packed into Deluxx Fluxx in Detroit on a Tuesday night was able to catch the second date on the tour.  After an opening set from Hamilton, Ontario's Vile Creature, Ignota proceeded to set up her keyboard and computer, as well as an interesting "stage" setup that included a clear backdrop and some randomly placed lamps that provided a lot of backlighting as well as occasional and sporadic front lighting.  Her powerful music seemed to entrance most of the crowd, myself included.  While the dark music and theme of most of the lyrics tend to draw aggression, the Lingua's shifting of vocal gears between droning, chanting, screaming, and on some tracks some of the most beautiful vocals I have heard in a small venue in a long time.  The vocalist knows her crowd and plays to them from deep within her soul.  While performing, whether playing the keyboard and singing or running a prerecorded track and stomping around through the crowd, Ignota stays true to herself and the music.  While the show clocked in at just about an hour, it was entertaining and worthwhile for everyone in the club.  We can only hope she will be able to bring this charismatic and provoking show back to Detroit sometime soon. 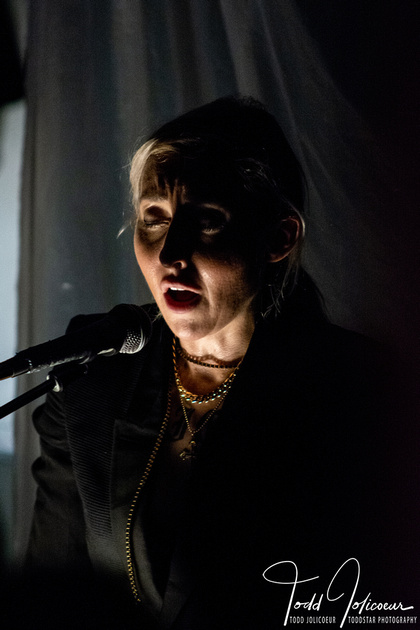