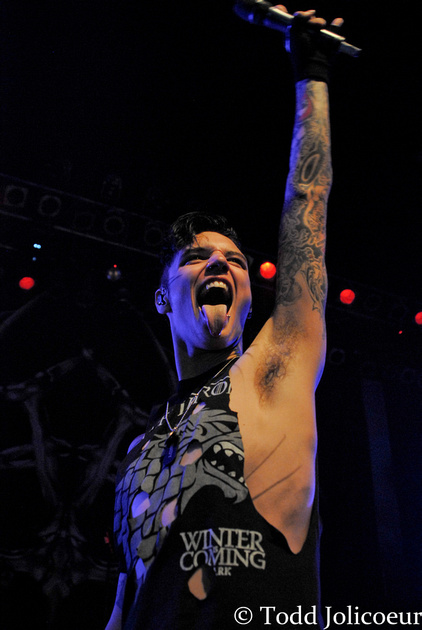 Black Veil Brides hit Detroit on the Monster Outbreak and HardDrive Live tour with Bullet For My Valentine and I couldn't wait to see my friends once again.  It is always a pleasure to see what they have up their sleeves when they arrive in the Motor City.  Tonight was no exception.  The band cultivated a setlist that was sure to please most fans of the latest disc, as it had six tracks from Wretched & Divine.  Throw in a track from each of the first two discs and one well done cover and you have a BVB party!  The stage was a little more subdued that on prior tours, but the band didn't let that affect the energy they brought to the show.  The band hit the stage and left everything they had right there at the Fillmore.  Once again, they played their hearts and heads out for their fans. 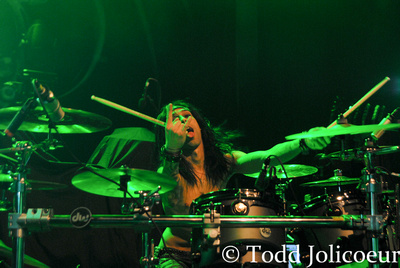 The new tracks sounded crisp and full of attitude, just what is expected from Andy, Ashley, Jake, Jinxx, and CC.  These guys play with focus and precision while delivering songs that the die-hard knew and the others rocked out to.  The pleasant surprise of the evening was a cover of The Misfits "Fiend Club."  The band played this classic maintaining the integrity of the original while putting their own spin on the mix.  It is always a mystery as to what tracks the band will pull out and play for the crowd, but they must pick and play from the heart, as the song came off seamless and some of the younger fans would have thought this to be a BVB track.  Running through other new tracks from the latest disc, the band kept their fans on the edge, waiting for something from the previous discs.  The track "Let You Down" was a bonus for anyone who purchased the ultimate edition of the last disc (the track was only released on this edition). 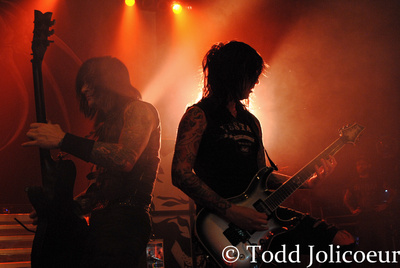 The end of the set was bitter sweet in that it was great to hear "Perfect Weapon" and "Fallen Angels," but not so good in that the show was coming to an end.  The band pushed these tracks to their limits and made them bigger and better than the originals.  The set closed with "In The End" and I can't think of a better way for the band to leave the stage, than on top of their game and leaving crowd satisfied with the show they had just seen.  This show was high energy and left no BVB stone unturned.  I cannot wait to see what happens in the next phase of their growth and career. 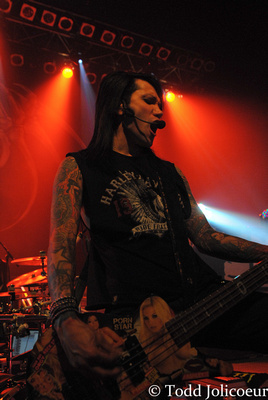