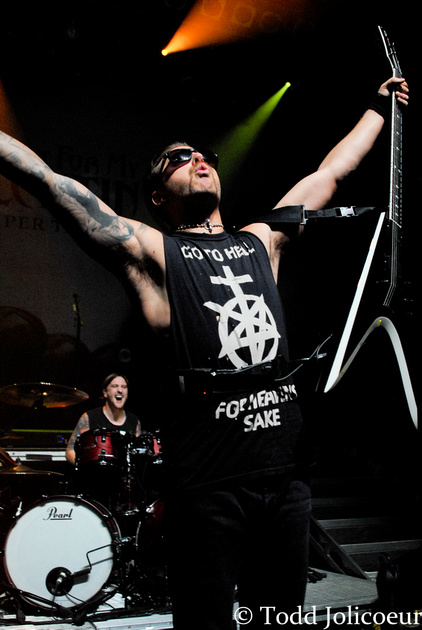 Monster Outbreak and HardDrive Live tour brought headliners Bullet For My Valentine back to Detroit and they hit the stage at the Fillmore with a vengeance.  Padge, Matt, Moose, and Jay took their spots and continued to rip the roof off of the place with a blistering set.  The opening notes of "Breaking Point" morphed into a killer live version of the track that truly demonstrated the band's "Take Charge"attitude.  Matt's voice and rhythm guitar paired against Padge's licks and solos proved that these guys have not mellowed or slowed up one bit.  These guys were here for one thing, and one thing only: to show Detroit they were still on top of their game. 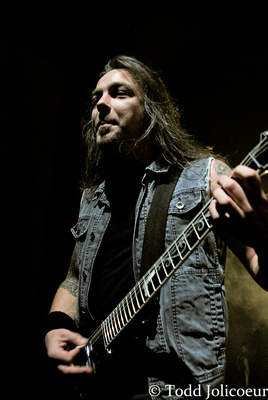 The Welsh metal masters mixed the setlist pretty evenly from their catalog, playing at three tracks from each of their earlier releases, 'The Poison,' 'Scream Aim Fire,' and 'Fever.'  The songs were as crisp and aggressive as ever, but the playing was more articulate and the sound refined, proving that these songs have aged well with years and live performance.  The crowd was into each of the tracks and seemed to move as fluidly between the songs and eras as easily as the band.  Moose and Jay provided a killer rhythm section for the evening, moving nicely through the tunes along with Matt and Padge.  The band was firing on all cylinders and you could sense the brotherhood from the stage as these guys brought their blend of metal to the masses. 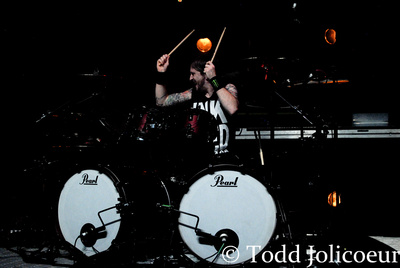 The crowd was as pumped up as the band and the energy flowing between the band and audience was undeniable.  As the songs played on and on, the solos were unleashed, and the encores were taken, there was no denying BFMV was missed in Detroit.  The size of the crowd didn't diminish after the openers played or as the setlist went on.  The fans had come to see the band and weren't leaving without seeing all of them.  The band didn't disappoint, and I feel privileged to have been a part of the evening.

Complete set of Bullet For My Valentine photos HERE