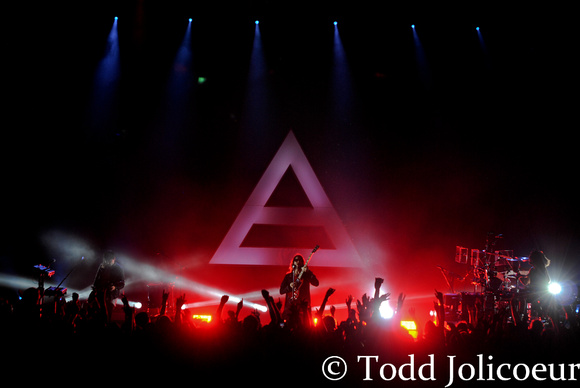 As part of the first annual Chill On The Hill radio show, Thirty Seconds To Mars brought their Love Lust + Dreams tour to Michigan on a not so chilly Saturday evening in October.  With openers New Republic, Biffy Clyro, and Billy Talent in tow, this was destined to be a great show.  After the crowd was appropriately warmed up by the openers, Thirty Seconds To Mars took the stage in the dark with the opening track from their latest disc slightly over an hour after they signed autographs fro anyone who made a purchase from their merchandise booth.  The crowd was ready and welcomed the guys to Detroit with open arms, ears, and hearts.  The band and crowd fed off of each others energy from the first note to the last. 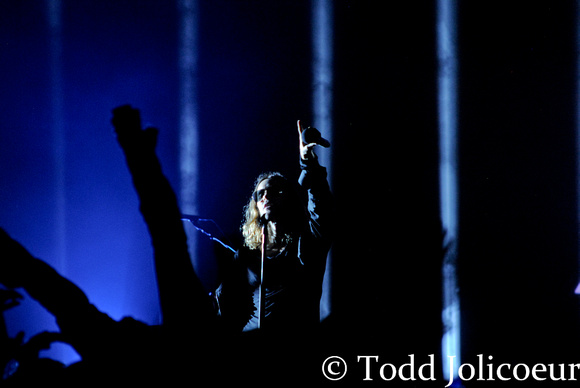 Culling nearly half of their setlist from the latest disc, the band moved fluidly through a set that included killer new tracks "Conquistador," "City Of Angels," "End Of All Days," "Northern Lights," set closer "Up In The Air," and more.  Other tracks pulled from the bands catalog included crowd pleasers like "This Is War," "Search And Destroy," and "Kings And Queens."  The band was tight and added acoustic components to the show, as well as extended introductions, acapella pieces, chanting, and sing-a-longs.  The well-oiled machine kept the fans moving and the diehards happy with the interaction and choice of tracks for the performance.  When frontman Jared Leto asked the crowd to get their hands up, hands were up; when he asked that they jump on cue with the music, they jumped. 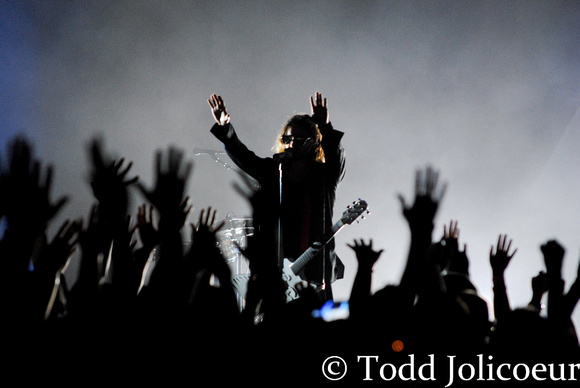 All told, the band put on an excellent show that was appreciated by fans new and old.  The performance was one that the fans won't soon forget and one that sent many people to the merch booth to pick up the latest offering from the band, myself included.  I can't wait to see Thirty Seconds To Mars come back through Detroit again.  They have made an even bigger fan of this reviewer.

Complete Set of Photos of the Show HERE

Setlist: Birth - Night Of The Hunter - Search And Destroy - This Is War - Conquistador - Do Or Die - End Of All Days - City Of Angels - From Yesterday - Hurricane - Northern Lights - The Kill (Bury Me) - Closer To The Edge - Kings And Queens - Up In The Air