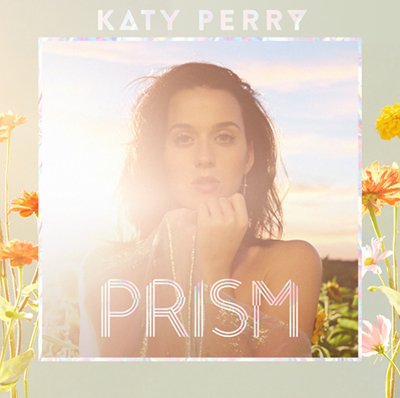 October 22, 2013 - New York, NY - PRISM, Katy Perry's new studio album, is out today-Purchase PRISM now! The album is the follow-up to 2010's Teenage Dream, which debuted at No. 1 in eight countries and spent more than two years on the Billboard 200."PRISM reveals Katy Perry at her most empowered," said Billboard and The New York Times noted, "Katy Perry is the most potent pop star of the day."

Katy is celebrating the release of PRISM with a series of special events:

"Roar" became Katy's 10th #1 Top 40 track after debuting at #1 on iTunes in 68 countries with 557,024 downloads in the US alone during its first week of release, the biggest digital song sales week of 2013. In a mere six weeks, it also reached the top of the Adult Top 40 (HOT AC) chart, the quickest climb to #1 since the chart debuted in 1996. The official "Roar" video, directed by Grady Hall and Mark Kudsi, has racked up more than 130 million views."Unconditionally," the follow-up single, went to radio last week and the lyric video can be seen here: http://smarturl.it/unconLV

The first 330,000 copies of the deluxe version of PRISM will be released in a limited edition iridescent digipak and include a sheet of seed paper that fans can plant. A special PRISM'ZinePak will be available exclusively at Walmart. It features the deluxe 16-track CD enclosed in a 64-page magazine that Katy helped create plus exclusive items designed by Katy,including an embroidered patch, nail decals, temporary tattoos symbolizing each of her albums, Killer Queen fragrance sample and plantable seed paper.

Katy, who recently performed at the iHeart and iTunes festivals, co-wrote each track onPRISM. She recorded seven songs in her hometown of Santa Barbara, working with Max Martin, Dr. Luke and Cirkut. Katy cut an additional two tracks with Martin and Klas Ahlund in Stockholm, Sweden. PRISM also features collaborations with Bloodshy ("Love Me"), Greg Kurstin and Sia ("Double Rainbow"), as well as a return to the studio with "Firework" producers Stargate ("This Moment").