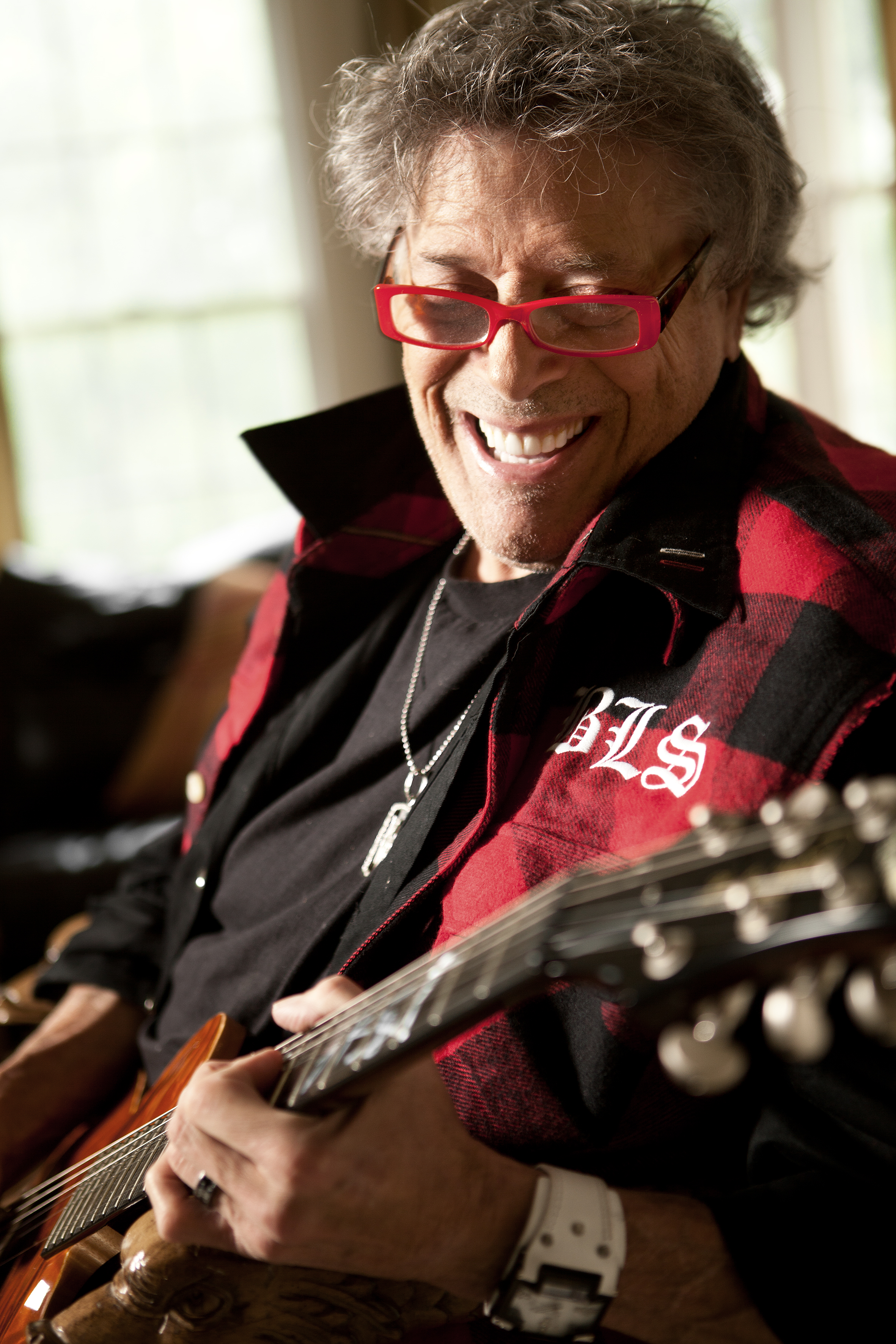 New York, NY -- Leslie West will stage two rare in-store appearances that coincide with the release of his upcoming studio album Still Climbing on October 29 via Provogue Records / Mascot Label Group.  The guitarist will appear at Vintage Vinyl in Fords, NJ on November 1 at 7PM (51 Lafayette Rd - 732-225-7717) and at Looney Tunes in West Babylon, NY on November 2 at 2PM (31 Brookvale Avenue - 631-587-7722).  West will host a question and answer with those assembled, and conduct a signing of Still Climbing.

On November 13, West will appear at New York City's Iridium for one-set at 8PM.  For more information: http://theiridium.com/events/1962/leslie-west-with-opener-arielle-verinis-one-set-only-800-pm/ or visit West's new web site that launches today with a premiere of the lyric video created for "Dyin' Since The Day I was Born": www.lesliewestofficial.com.

Originality, excitement, honesty and survival are all part of what makes a legend, and those qualities ripple through every song on West’s upcoming release.  The disc is also a testimonial to the strength and durability of West’s artistry.  Born October 22, 1945, as he approaches the age of 68, West has packed some of the most soulful and searing vocal performances of his half-century career into these eleven tracks, and his guitar has never sounded more massive or riff-propelled.

Following the success of Unusual Suspects, he approached the new release with vision of tying the albums together.  “This record is a sequel to Unusual Suspects, where I had friends of mine that include Slash, Zakk Wylde, Steve Lukather, Joe Bonamassa and Billy Gibbons come to the studio and play,” West explains.  This time Jonny Lang, Johnny Winter, Twisted Sister’s Dee Snider and Alter Bridge / Creed’s Mark Tremonti do the honors. “What’s different on Still Climbing is that I wanted my guitars to sound as big as I look. So I used four of my Dean signature model guitars with my Mountain of Tone humbucking pickups. I plugged them into my Blackstar amps — no pedals — and turned them up loud and raw, and what you hear is exactly what I did in the studio.  These Blackstar amps deliver everything I need without 'confidence' pedals.  I played one of the early tracks we recorded for Slash, and he said, ‘That is as heavy as it gets.’"

West, who ascended rock’s Mt. Olympus with his band Mountain in a historic performance at 1969’s Woodstock festival, accomplished all of that despite a life threatening battle with diabetes that cost him most of his right leg in 2011, just after his previous Mascot Label Group release Unusual Suspects was recorded.  "I’m lucky it wasn’t one of my hands or I’d be screwed,” West says with his customary candor.  “It was a difficult struggle, and after the amputation I didn’t know whether I’d ever want to or be able to perform again.  But a month later I played at the Rock ‘n’ Roll Fantasy Camp in New York City, and I heard my guitar on stage and that was it. I knew I had to keep going.”

West has been performing since 1965, when he fronted the soul-fired Vagrants in his native New York City.  Rolling Stone placed him at #66 on their list of the “100 Greatest Guitarists.”   His repertoire continues to be relevant with enduring appeal to this day as top selling rap recordings are built around samples from “Long Red,” which appeared on the Mountain album. Jay-Z tapped the tune for his 2004 mega-smash “99 Problems.” So did Kanye West, for  "Barry Bonds" and “The Glory," and Common’s “The People,” along with others.  Recently, Lana Del Rey sampled West's voice and features it in the beginning, middle and end of the worldwide smash "Born To Die."  For Still Climbing, , West re-recorded "Long Red" with his brother and former Vagrants-mate Larry West on bass.  He offers, “It was time for me to let people hear that song the way I do it now.  I used a B-3 organ on it again, but this time it has a lot more balls."

Balls, guts, heart — more words that are part of West’s legend and describe the roaring crescendos and deep emotional roots of Still Climbing — and West himself.  “You know, when it comes to talent, we don’t all move at the same rate of speed,” West muses. “Some people start at the top of their game and after 10 or 20 years you wonder what the hell happened to them. I like to joke that the older I get the better I used to be, but after giving up drugs and smoking, my voice can hit notes that I never could reach before.   I’m thankful for that.”