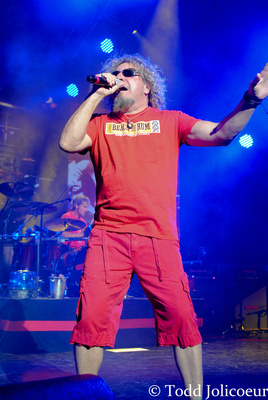 Sammy Hagar brought his Four Decades of Rock Tour through Detroit on a hot and humid Monday night.  The crowd was ramped up and full of anticipation regarding what Sammy and his band had in store.  The lights went out and a video recap of Sammy's career to date played for a few minutes - but that was just the start of the show.  The Wabos took the stage and soon Sammy joined them.  This was going to be one special show - the electricity in the air was unmistakable.  For the Van Halen portion of the show, Sammy welcomed his pal, former Van Halen (and current Chickenfoot) bassist Michael Anthony. 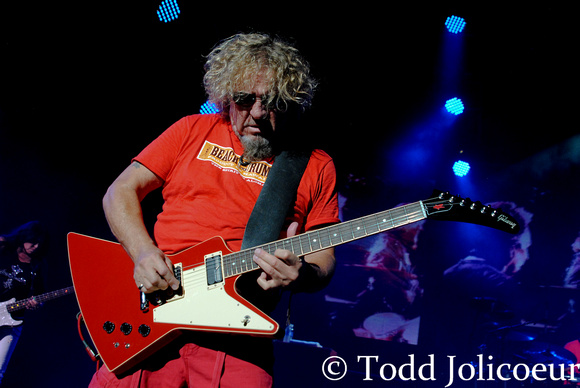