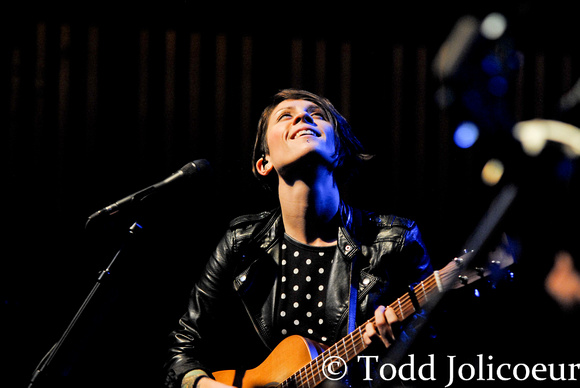 As the year comes to a close and the holidays swing into full motion, it is that time of year when all of the local radio stations host their annual festivals or station sponsored holiday shows.  Tonight was no different as Detroit 93.9 "The River" hosted their Winter Ice Breaker show at The Fillmore headlined by none other than Tegan And Sara with special guests Walk Off The Earth.  The crowd was anxious and ready for the show from the minute the doors opened.  With a set list armed with most of the latest disc from the sisters, they took the stage in a haze of red lights and alterna-pop goodness.  Opening with two tracks from 'Heartthrob' and rolling into a couple track from earlier releases, all bets were off as to what to expect.  With so much new music, it was refreshing to see a band tackle so many tracks from earlier releases, which these ladies did.  Long time fans of the Tegan And Sara were treated to songs from 'If It Was You,' 'So Jealous,' 'The Con,' and 'Sainthood,' in addition to new tracks released earlier this year.  Whether moving through newer songs like "I Couldn't Be Your Friend", "Now I'm All Messed Up," or "I Was A Fool" from the 2013 release or the encore tracks "Call It Off" and "Living Room," the women of this night pleased the fans, while surprising others who knew of them, but were oblivious to the talent they possess.  The show was energetic and full of anecdotes about themselves, their band, or the fact that they are proud Canadians who even reportedly once used a tow truck to arrive at a Detroit show to play for the fans.  Other gems like "Alligator" and the Tiesto track "Bones" (which they collaborated on) helped round out a full set and added to the magic for the fans.  Looking around the packed venue, you could not help but be impressed by the number of fans that knew each and every song.  As a big fan of the latest disc, I was pleasantly surprised to hear eight tracks from that disc, while learning to appreciate most of the older songs they played.  You can bet I won't be waiting for the next radio show to once again see this pair live.  If you haven't seen them yet, I highly suggest it.  If you have seen them, you already know why... 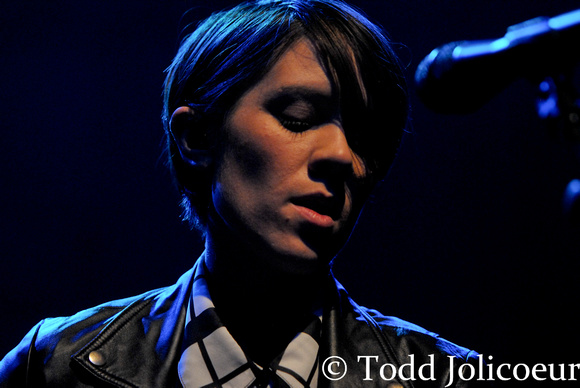 Set list: Drove Wild - Goodbye, Goodbye - Back In Your Head - The Con - Walking With A Ghost - I Couldn't Be Your Friend - Now I'm All Messed Up - I Was A Fool - Sentimental Tune - Where Does The Good Go - Alligator - Arrow - Shock To Your System - How Come You Don't Want Me - Feel It In My Bones - Closer - Call It Off - Living Room 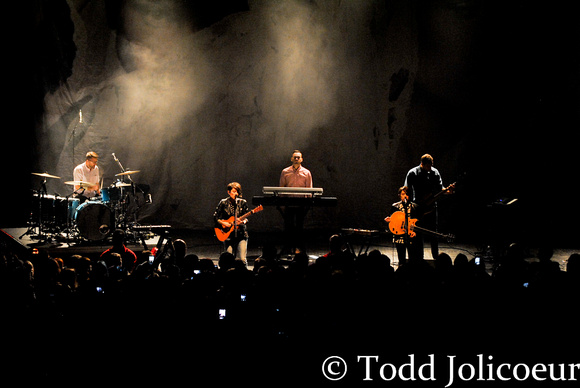