Rockstar Uproar made its third trip through Detroit this weekend and brought a ton of music for the masses.  The real winners were the fans, as favorites new and old were traveling together for this years trek.  New comers Walking Papers and Dead Daisies seemed to be the overall side stage hits, with fans and media alike singing the praises of these new bands.  The main stage was no push either, as Alice In Chains and Jane's Addiction shared the stage with Coheed And Cambria as well as Circa Survive. 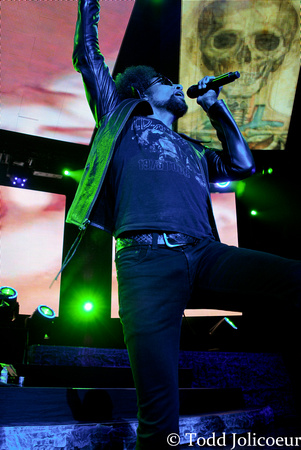 Alice In Chains took the stage and took over the evening on time and with all of the songs the fans wanted to hear.  The setlist included classics as well as more recent tracks, that were played with as much energy and flash as the older tracks.  Cantrell's guitar work and vocals were as strong as they ever were, as was the rhythm section anchored by Mike Inez and Sean Kinney.  Lead singer William DuVall rocked the crowd and looked at home on stage in Detroit leading the band through the set.

Setlist: Check My Brain - Again - Them Bones - Damn That River - Man In The Box - Phantom Limb - Your Decision - We Die Young - Hollow - Nutshell - Rooster - Would

Photos from the Alice In Chains set 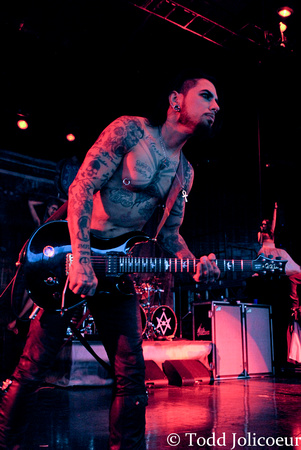 Jane's Addiction hit the stage ready for business.  Perry Farrell and Dave Navarro were the focal points of the show, but make no mistake the rest of the band, Stephen Perkins and Chris Chaney, completed a cohesive and sonic unit that sounded better than they have in years.  The band moved through a set list that covered the basics from their past and demonstrated the band still has what it takes.

Photos from the Jane's Addiction set 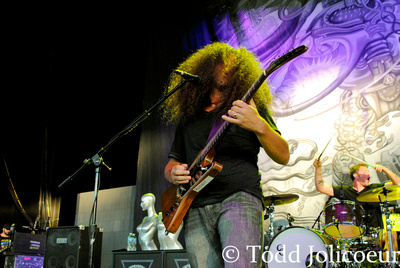 I knew nothing going in to the Coheed And Cambria set other than what I had seen or heard on the internet.  That is my mistake - I should have been aware of these guys a long time ago.  The band and it's music are infectious and great.  There is a reason these guys have the fan base they do - they play great rock and roll and have high energy while doing it - no show gazing on this stage.

Photos from the Coheed And Cambria set