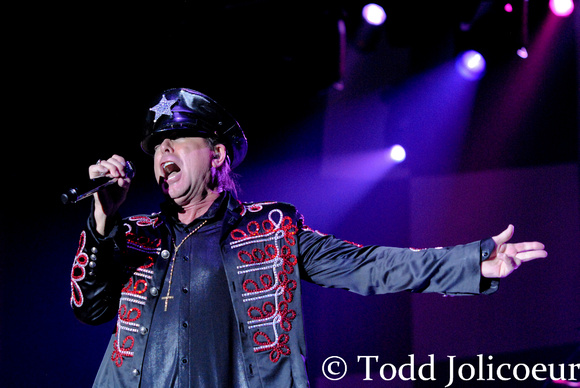 I get excited about few bands.  Kiss was on my must have list for years.  Next up was the much under appreciated band Cheap Trick; having seen these guys open for Kiss in 1979 and adding them to my list of favorites the next day, it was a big moment for me to shoot and review this show.  Once the lights went down and the band hit the stage, the crowd was energized.  The band tore into "Hello There" and didn't let up while switching gears into "California Man."  The classics kept coming with "Big Eyes"and the cover "Ain't That A Shame."  More gems from the bands catalog like "She's Tight" and "Need Your Love" sounded as good this night as they did when first released.  If anything, the songs have been road tested and improved through the years, giving them an edge and sound that exceeded the crowds expectation.  The guitar collection of Rick Nielson seemed to go on forever, as he paraded out various guitars that have been staples in the bands show for years.  Bassist Tom Petersson and his 12-string stayed out of the shadows and even jumped out front for "I Know What I Want."  Drummer Dax Nielson, while not an original member, keeps the band tight and on time.  If you close your eyes and don't look for the previous timekeeper and rely on the music, you would never know the difference.  The real gem of the night is lead singer Robin Zander.  Almost forty years behind the mic and you wouldn't know it.  The vocals were clean and spot on.  I didn't pick up on any key changes or altered octaves to accommodate his voice.  He sounded damn good.  As the band ripped through the rest of the set, more classics were delivered with accuracy and pleased the already ecstatic audience.  The crowd went crazy during the bands performance of "The Flame," which was followed up quite nicely by "I Want You To Want Me."  The remaining staples of "Dream Police," "Surrender," and last minute addition of "Gonna Raise Hell"  were enough to please every fan in the venue.  As the last notes of "Goodnight" ran through the PA and the lights came up, the band retired for the evening and left the crowd both satisfied and wanting more. 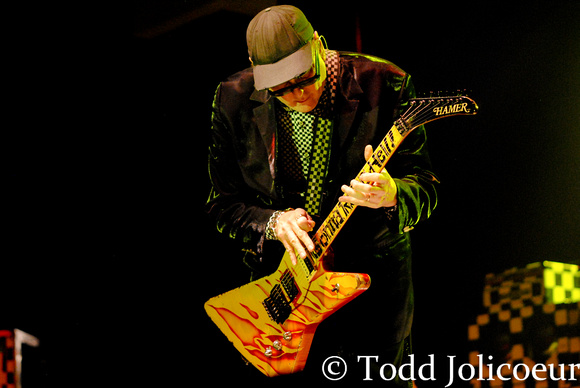 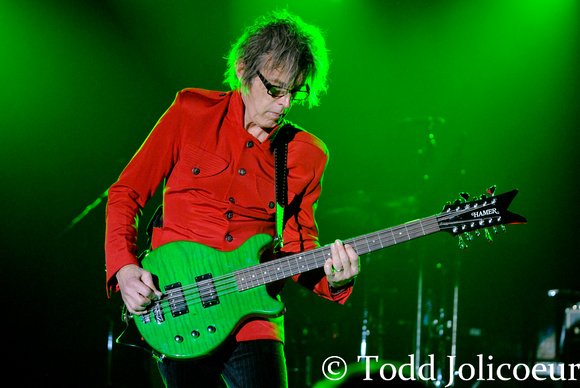