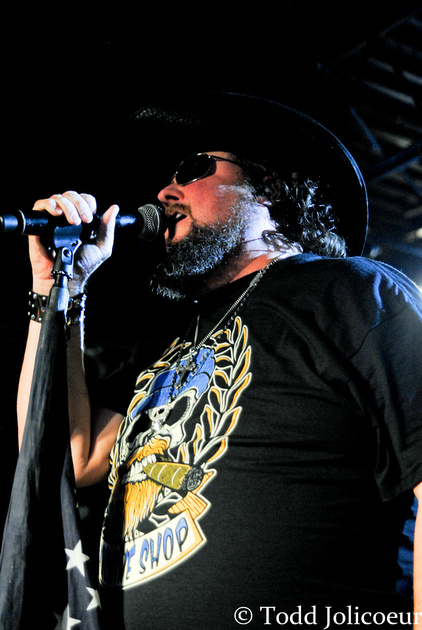 A great friend of mine has been telling me for a couple years about Colt Ford and that I needed to get out and see him.  After checking out the music, I was given an opportunity to chat with bassist Paul Chapman (interview HERE) and jumped at it.  Now I was given the opportunity to come out and see a show - and all I can say is "Damn!"  From the minute the band hit the stage, they were pumped for this Flint, MI crowd at The Machine Shop to take a ride with them.  The ride and setlist were a culmination of tracks from all four of Colt's releases, including the latest release, 'A Declaration Of Independence,' which was represented by set opener "Answer To No One," radio hits "Back" and "Drivin' Around Song," "Dancin' While Intoxicted," which made it into a medley, "Hugh Damn Right," and set closer "It's All." Not only was Colt entertaining, but his full band moved around on stage, from Justin's switching between a fiddle and guitar to Spanky and Bad Brad trading leads and licks.  Above mentioned bassist Chapman made his presence known as he moved between the shadows and light, throwing the horns all the while laying down some killer bass lines as drummer kept the band on time throughout the show.  Other than the hits and familiar tracks, the band even threw in a cover of the Red Hot Chili Peppers track "Give It Away" (this was one of the highlights of the show).  Another of my favorite moments was hearing a new favorite Colt Ford song of mine, "Titty's Beer" just before the band broke into a cover of Right Said Fred's "I'm Too Sexy," which featured a cool little dance routine from two of Colt's crew, Greg a/k/a "Van Halen" and Tony.  The crowd couldn't get enough, the band couldn't get enough, and the same could be said for me.  What a great show - full of fun, energy, and a performer that knows how not to take himself too seriously.  Thanks for pushing me to see them Minty (when are they coming back?), thanks Kevin for the hospitality (as always), and a huge thanks to TM Sarge for the warm introduction, the professionalism, and my first Jager Bomb! 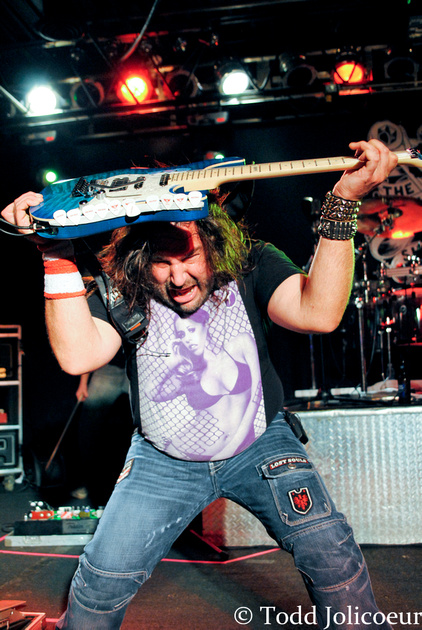 Set list: Answer To No One - Like Me / Give It Away - Cold Beer - Back - Country Thang - Drivin' Around Song - Mr. Good Time - Medley (Good God O'Mighty/Cricket On A Line/Huntin' The World/This Is Our Song) - Ride Thru The Country - Skirts And Boots - Chicken And Biscuits - Hugh Damn Right - Titty's Beer - I'm Too Sexy / Dancin' While Intoxicated (DWI) / Drive By - Waffle House - No Trash In My Trailer - Dirt Road Anthem - It's All 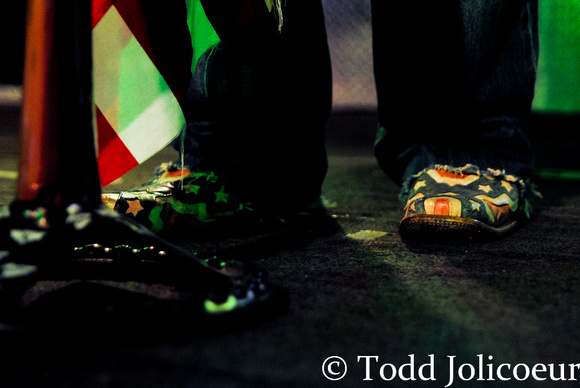