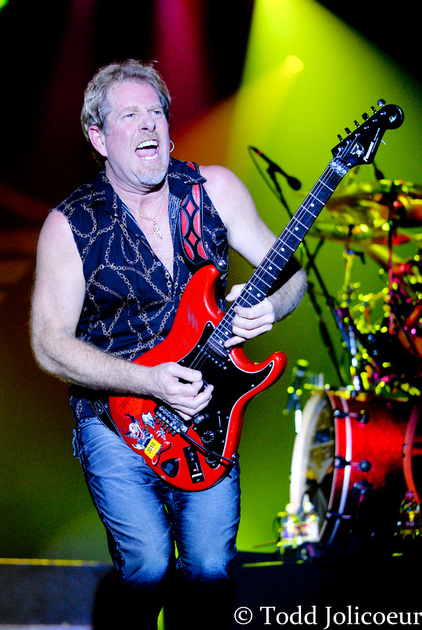 Night Ranger had their work cut out for them after show openers Cheap Trick brought the house down.  As the band came out to the waiting crowd, anticipation filled the air.  The band launched into "Touch Of Madness" and away we went.  The familiar voice of Jack Blades, riffs of Brad Gillis, and drumming of Kelly Keagy were enough to take everybody back to the first time they heard a Night Ranger song.  Due to a tour with TSO, the other guitarist position was filled amply by Alice Copper guitarist Kerri Kelly.  Also, the keyboards were handled diligently by Eric Levy.  The band sounded great and were all smiles from the minute the lights came up until their last bow after the set.  The show was full of classic Night Ranger rockers like "Eddie's Coming Out Tonight," "Four In The Morning," and "Don't Tell Me You Love Me."  The vocals from Jack and Kelly really made the songs flourish and allow the die hard fans to cherish the moment, as these guys haven't lost a step.  Mixed into the set were some great covers as well.  Taking small pieces from members past ventures, they covered the Damn Yankees (Jack Blades) tracks "Coming Of Age" and "High Enough," as well as Ozzy Osbourne's "Crazy Train." Allowing Kerri Kelly to be a part of the fun, they even covered Alice Cooper's "School's Out."  During a cool acoustic session, the band ripped through "Let Him Run" and "Goodbye."  My favorite tracks were also peppered in during the set, with "Sing Me Away" near the front end of the show and "Rumors In The Air" placed nicely in the middle of the fun.  The crowd was pleased with the closing of the show, as the encore featured arguably the biggest hits in the Night Ranger catalog: "Sister Christian" and "(You Can Still) Rock In America."  Just before the encore another gem, "When You Close Your Eyes" helped complete the evening of Night Ranger hits.  All I can say is that these guys still rock - regardless of where they are.  Additionally, I hope everyone else picked up a copy of the '24 Strings and a Drummer' disc on their way out, just like I did. 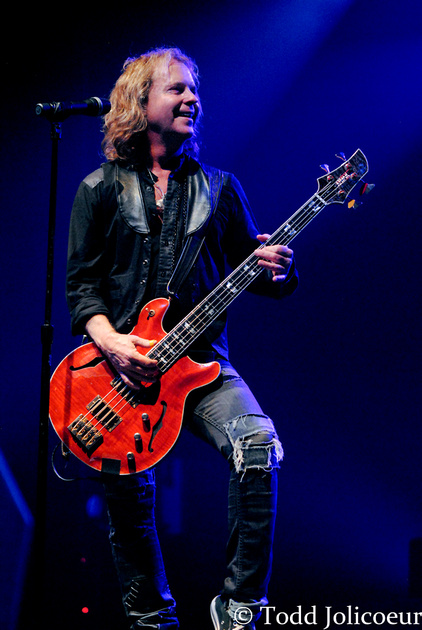 Set list: Touch Of Madness - Sing Me Away  - Seven Wishes - Coming Of Age - Sentimental Street - School's Out - The Secret Of My Success - Rumors In The Air - Crazy Train - Eddie's Coming Out Tonight - High Enough - Let Him Run - Goodbye - Four In The Morning - When You Close Your Eyes - Don't Tell Me You Love Me - Sister Christian - (You Can Still) Rock In America 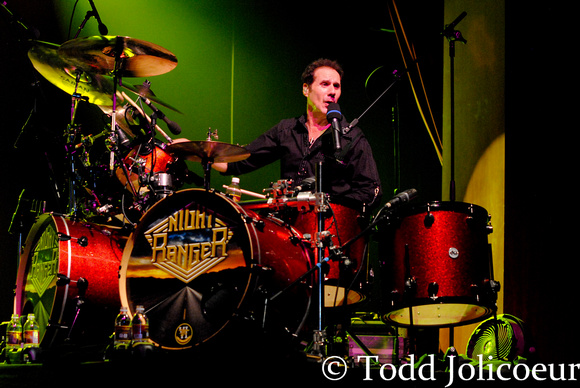