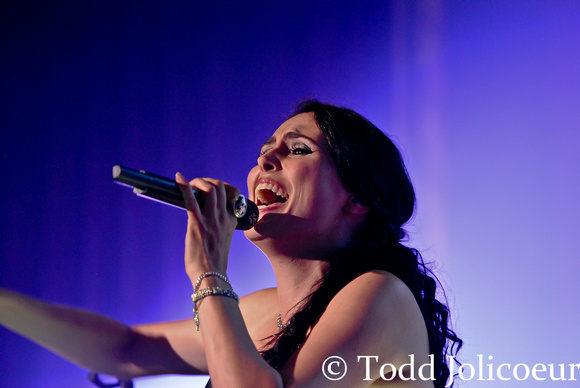 Symphonic metal is a genre filled with bands that originate outside the United States, for the most part.  When these bands venture out and play dates abroad, they tend to draw bigger crowds and sell quickly.  Within Temptation announcing a North American tour was no exception, especially when the tour consisted of twelve dates, and two of those were in Canada.  Detroit couldn't wait to get their fill of Within Temptation on a Thursday night.  In talking to other people in attendance of the show, I met people who had flown in from Tampa-St. Pete, because of the lack of dates in the South.  When the lights went out and the band hit the stage, the energy in the venue was unstoppable and flowing to and from the stage.  The minute Sharon hit the stage and let her incredible vocals take over the sound system, the crowd was overflowing with excitement.  Getting to hear tracks from their catalog was great, but really getting to absorb and experience five different tracks from their latest release, Hydra, was incredible.  The bands previous release, The Unforgiving, provided six tracks, including a vocals and riff filled punch for four of the first five songs (including my personal favorites, "Shot In The Dark" and "Faster").  earlier discs from the bands career also provided tracks for the evenings show - Mother Earth (1); The Silent Force (2); and The Heart Of Everything (3).  Keeping the banter to a minimum and the rocking to a maximum, the band moved seamlessly through their show, providing plenty of great guitar solos and riffs, pounding bass lines, and thunderous drums that this crowd expected and received.  We can only hope we don't have to wait long for these guys to return to Detroit to deliver quality metal for their fans. 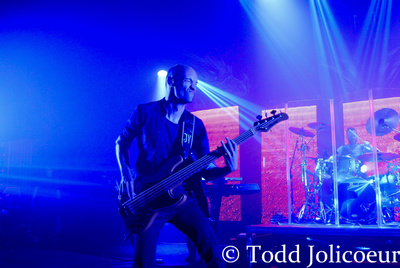 Setlist: Paradise (What About Us?) - Faster - Shot In The Dark - In The Middle Of The Night - Fire And Ice - One Solemn Hour - Stand My Ground - Summertime Sadness - The Cross - And We Run - Iron - Dangerous - Angels - Edge Of The World - What Have You Done - Mother Earth - Covered By Roses - Sinead (Acoustic) - Ice Queen 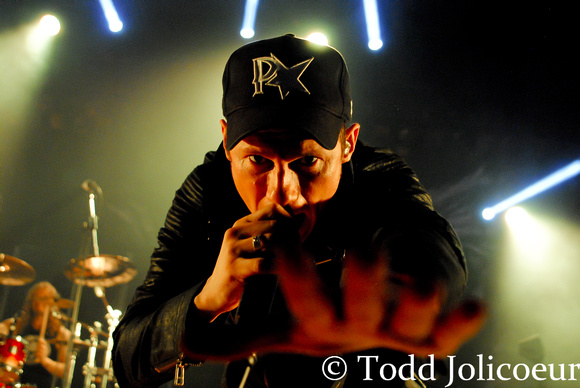 While still one of the newer bands on the Symphonic metal scene, this band of rockers already have three discs to their name, including the about to be released Massive Addictive.  It was a little humorous when, during the show, they were debating amongst themselves when the disc was dropping here in the United States.  The band, fronted by three vocalists: Jake E. (clean vocals), Elize Ryd (vocals) and Henrik (screams), took to the stage and proceeded to deliver what the crowd was looking for.  The music took a turn when there were issues with the bass about half way through the first song and the band proceeded to perform the next couple tracks with intermittent bass, but picked up the slack and made it a nonissue.  Playing tracks from across the bands three discs, the band sounded as solid, if not stronger that they do on the original recordings.  The playful manor of Jake and guitarist Olof as they posed for photos from the stage was fun, as was the way Elize worked with the audience, making eye contact with several fans in the front, as well as shaking hands.  I cannot wait to see what is next for these rockers, as they as starting to build quite a fan base, one live show at a time. 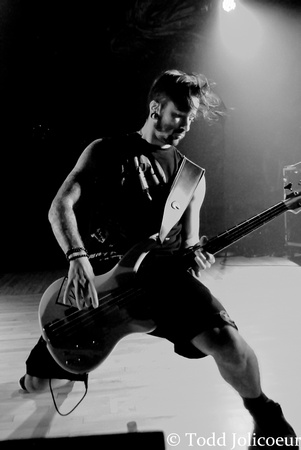