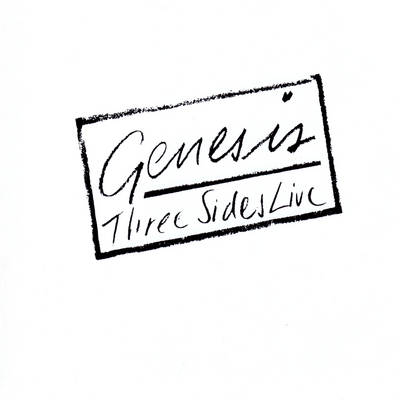 I love when classic shows are remastered and released for public consumption years after their original recording and release.  The Genesis lineup that hit the tour trail in 1981 to promote Abacab was on top of their game and brought and left all they had when they hit the stage each night.  The trio of Phil Collins (drums and vocals), Tony Banks (keyboards & bv), and Mike Rutherford (guitars, bass, & BV) toured with live musicians Daryl Stuermer on guitar and bass and Chester Thompson on drums completing a live band that brought heart and soul to a live show that combined then recent tracks with other songs plucked from the bands disc Duke.

Hearing live renditions of songs like "Misunderstanding," "Abacab," and "No Replay At All" give you a fond appreciation for the different songs appeal and power.  At times seeming more like a video production than a live show, the emotion of Collins vocals and delivery enhances the different tracks and their performance.  Watching Rutherford and Stuermer work in unison in the background and the shadows demonstrates the true ability and musicianship of these guys.  Watching this video, the shift from prog rock geniuses to pop/rock darlings in evident, when the band merges the two styles not only musically, but visually with lights and stage presence.  While Banks anchors the performance with his keyboard wizardry, Collins grasps the audience with both hands and doesn't let go until the last note reverberates through the venue.  Don't let the bands lack of a stage show, costumes, or video during the live performance (all staples of many great live shows today) negate the power of the live show or the songs they chose to record for this collection.  The addition of interviews and backstage footage enhances the viewing experience and helps give a little insight to the band during this transitional phase and before they reached what was arguably their pinnacle in the late 80's.  Hearing the band rip through many of these tracks while they were still fresh and new make this a gem that will refresh your love for the material or give you an appreciation for something that you may not have been familiar with previously.  One high point is the extended version of Abacab that also features a cool drum-off of sorts when Collins jumps behind a kit.

Video Tracklist: Behind The Lines - Duchess - Misunderstanding - Dodo / Lurker - Abacab - No Reply At All - Who Dunnit? - Medley: In The Cage / The Cinema Show  / The Colony Of Slippermen - Afterglow - Me & Sarah Jane - Man On The Corner - Turn It On Again