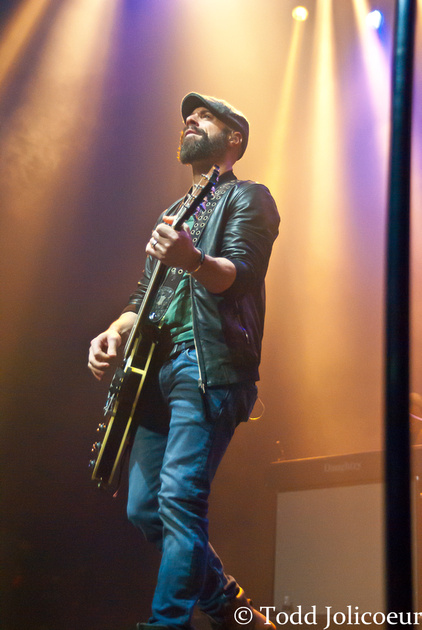 Daughtry brought his energetic live show back to Detroit for a second time in 2014, and Detroit was more than happy to welcome him back.  The capacity crowd inside Sound Board at Motor City Casino.  The lights went down and the band took the stage.  As the opening  notes of "Baptized" rang through the sound system, the bands namesake came front and center to the overwhelming pleasure of the masses at this general admission show.  In front of the stage were a lot of fans who purchased the VIP package in order to get an up close spot for the show.  As the band moved seamlessly through the setlist, the front man worked the crowd between flashing a smile, talking to them explaining the mindset behind certain songs, or simply thanking them for spending their time with him on this crazy Thursday night.  Playing several songs from his latest disc, Baptized, Daughtry and band played all of his hits and even threw in a couple surprises for the enthusiastic crowd.  A highlight was a stripped down version of Chris Isaak's "Wicked Games."  His voice came across strong and emotive through the venues speakers and monitors and you could feel the impression the song made on him as a writer as he sang the lyrics.  The crowd joined in at every chance to help Chris sing his songs and made him feel at home.  The simple stage production let the band do what they do best without trappings of a live show.  The lights did the trick and helped highlight the band at key moments during the show.  Blending tracks from across the bands discography, there were songs for everybody to enjoy.  The bands debut was well represented by four tracks, including "Feels Like Tonight," "Over You," and "It's Not Over."  With a song each from Leave This Town and Break The Spell, the best represented disc was 2013's Baptized, which provided eight of the discs twelve tracks to tonights set.  The hit Battleships went over well, but the crowd seemed extra energized when the band ran through the explosive "Traitor."  This MCC crowd didn't want the night to end.  As the crowd filtered out of the venue at the end of the show, nothing but praise for the bands performance, song selection, and the overall show could be heard. 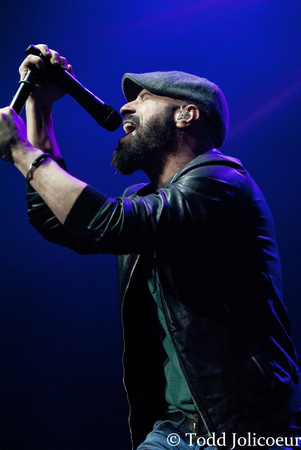