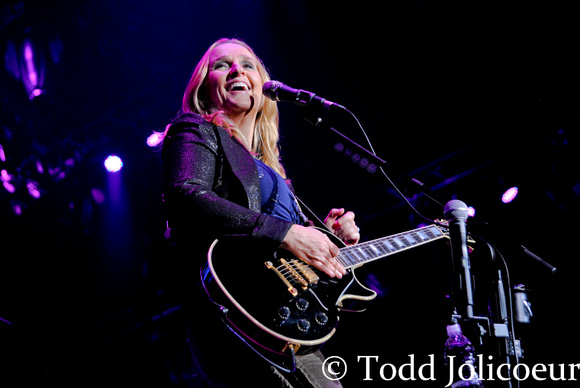 The anticipation in the crowd was heavy and the expectations high as Melissa Etheridge and her band prepared to take the stage on a Friday night at The Colosseum within Caesar's in Windsor, Canada.  From the first note until the last, she didn't disappoint.  As the band moved through the hits and fan favorites, the audience sang and rejoiced in the performance they were witnessing.  The way Melissa controlled the stage and pace of the show allowed you to take in every nuance of her performance, without realizing the time was passing.  The opening song, "Shout Now" was the perfect way to get the crowd into a great mindset for the show and keep energy up from the beginning of the show until the lights came up at the end of Melissa's electric performance.  Her voice was spot on as she moved through radio hits "I Want To Come Over," "Come To My Window," and "I'm The Only One."  It was hard to believe that any time had passed, as the songs were as fresh tonight as they were the first time I heard them.  The addition of other tracks like "Your Little Secret" and "Brave & Crazy" helped demonstrate how diverse Melissa's catalog is.  Set closer "Rock And Roll Me" was another high point of the show, regardless of the fact that it signaled the end of the evening.  As the final notes were played, thanks yous uttered, and the lights turned up, it was obvious that Melissa enjoys, appreciates, and loves her audience as much as they do her. 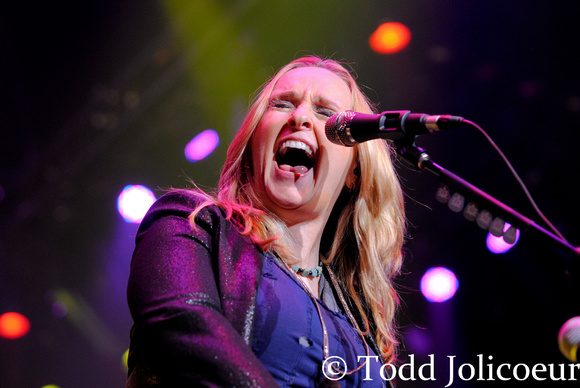