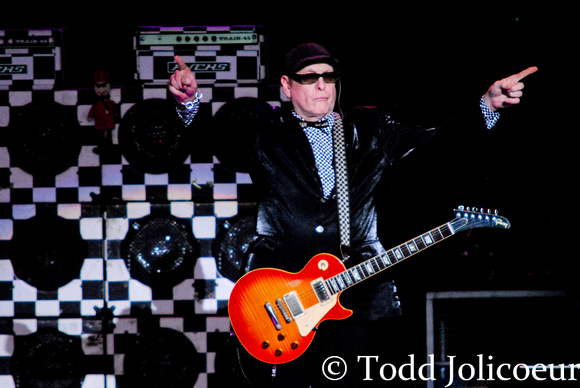 Some bands excite me at the mention of their name.  Cheap Trick is one of those bands.  These guys tour relentlessly and have for decades.  It always amazes me they never quite received the accolades they so righteously deserve.  On a warm June evening, these guys put everything aside, and hit the stage at DTE Energy Music Theatre and when they finished their set an hour later, they left everything they had right on that stage, well - everything except the 800 guitar picks Rick tossed into the crowd over the 60 minutes.  With a setlist that covered a lot of their catalog, there was something for every one to hear and love.  The staples were in the set, such as the infamous "I Want You To Want Me" and "Dream Police."  During the latter track, Robin was draped in his Dream Police coat ala James Brown treatment, but wowed the crowd when he hit the notes we all wanted to hear during  "The Flame."  Bassist Tom Petersson while smiling and playing his 12-string bass most of the show, took over lead vocals for "I Know What I Want."  Drummer Daxx Nielson rocked it behind the kit, but really stole the show during the intro to "Ain't That A Shame" and the final moments of "Goodnight."  Playing his way through nearly a guitar a song, Rick Nielson operated like a madman on stage, moving from side to side, pick flicking, and overall being a guitar wizard, he treated the audience to a glimpse and listen to many of his custom guitars, including his Rick Nielson look-a-like and his 5 arm axe that he used during the final track of the night.  "Goodnight" indeed! 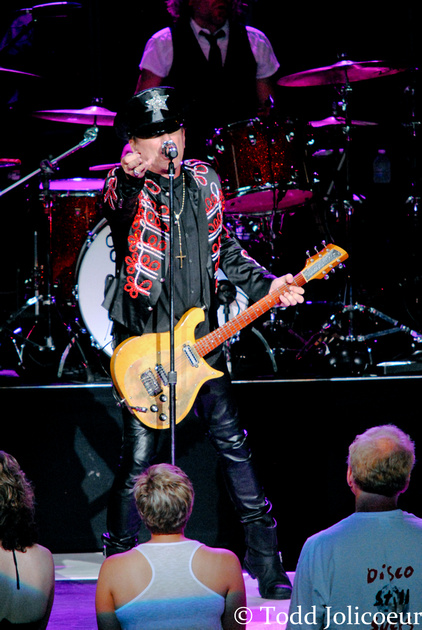 Setlist: Way Of The World - Elo Kiddies - Ain't That A Shame - Never Had A Lot To Lose - Baby Loves To Rock - The House Is Rockin' (With Domestic Problems) - I Know What I Want - The Flame - I Want You To Want Me - Sick Man Of Europe - Dream Police - Surrender - Goodnight 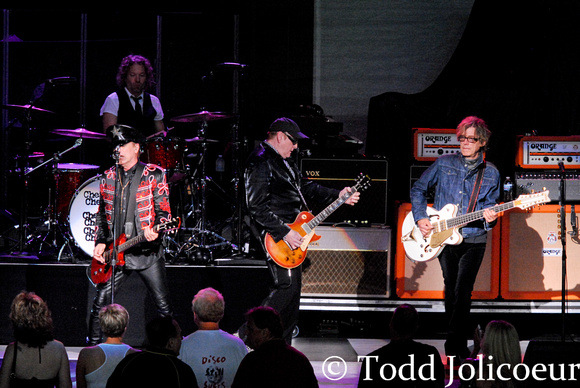