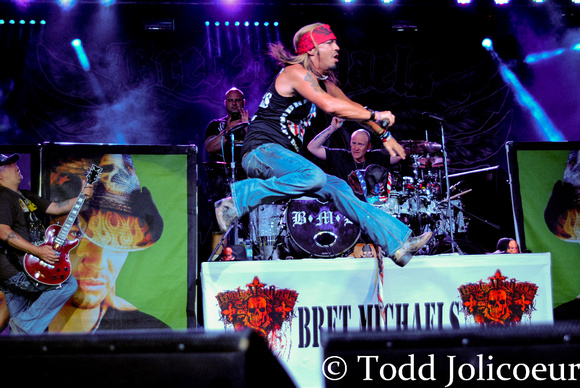 Bret Michaels is a consumate professional that never ceases to amaze and excite his fans and audiences.  When he took to the stage on a beautiful Friday night in Sterling Heights, MI for the annual Stars & Stripes Festival, we all new what we were about to witness, but not quite sure of the intensity.  From the first notes of "Look What The Cat Dragged In" to the last strands of the encore, Bret and his band took us on a wild ride through Bret's solo material and most of the Poison hits.  With long time guitarist and friend (and one of the nicest guys around) Pete Evick at his right, Bret sang his ass off, as well as playing some harmonica and acoustic guitar, all in order to please the packed crowd.  Along for the ride were drummer Chuck Fanslau, keyboard player Rob Jozwiak, and bassist "Dirty" Ray Scheuring.  The band behind Michaels moved effortlessly through a set list of rock tracks that were culled from the Poison catalog and the latest release from Bret, "Jamming With Friends."  A highlight of the show was Bret recognizing military members for their dedication and service.  He always does this, but to see the stage lined with military was a high point for this veteran.  Just before breaking into "Fallen Angel," Bret tipped his hat to Michigan once by letting the crowd know that his other band so loved this city they filmed the video for the track here in Detroit back in the day.  Overall, this was one on par with all of Bret's performances - energetic, fun, and satisfying.  Bret and his band left no stone unturned and put everything into this performance, giving the audience exactly what they wanted - "Nothin' But A Good Time!" 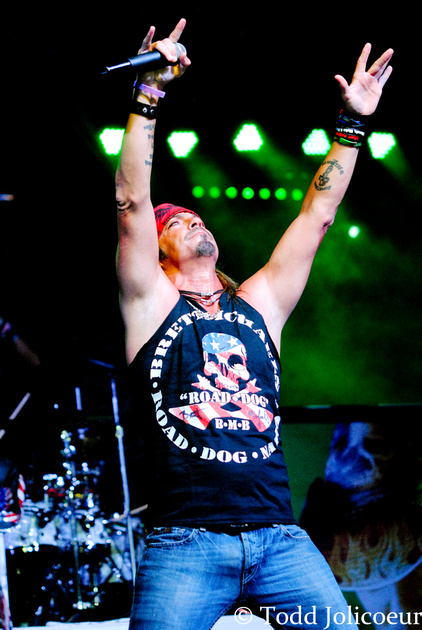