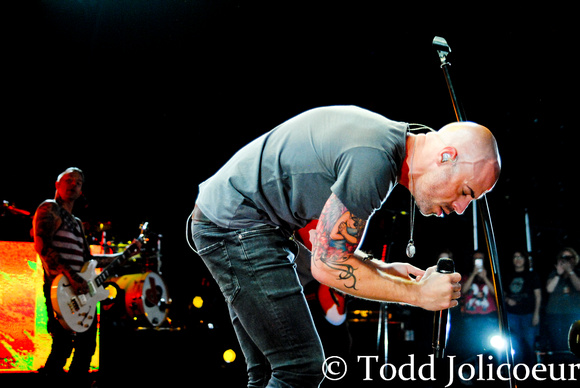 When Chris Daughtry takes to the stage, anyone who has seen him knows exactly what they are going to get.  He plays from the heart, but also from deep within his core.  Daughtry are currently touring the US and playing to packed houses night after night, and this show in Detroit was no exception.  From the first track "Baptized" until the lights came up after "Long Live Rock & Roll," the crowd was getting what they came to see - a frontman and band that leaves everything they have on the stage.  With several hits under his belt, it was easy to fill a setlist with fan favorites and cover plenty of territory from his catalog.  Watching Chris play his guitar and entertain the audience while singing his heart out on "Over You" was a high point.  The way the performer and his band feed off of the crowd to deliver an electric and energetic performance is something that you can't help but notice.  The men behind the vocalist, guitarists Josh Steely and Brian Craddock, bassist Josh Paul, keyboardist Elvio Fernandes, and touring drummer Jamal Moore all play well and their stage presence compliments the lead vocalist well.  Relying more on music and vocals that lights and explosions, the band tore through songs from each disc, leaning heaviest on the latest release, Baptized and the self-titled debut disc with six songs and five songs respectively.  Leave This Town was represented by "September" while "Renegade" and "Outta My Head" were pulled from Break The Spell.  If you are looking for a good night of high energy rock and roll, get your tickets now to see Daughtry before this tour hits your town. 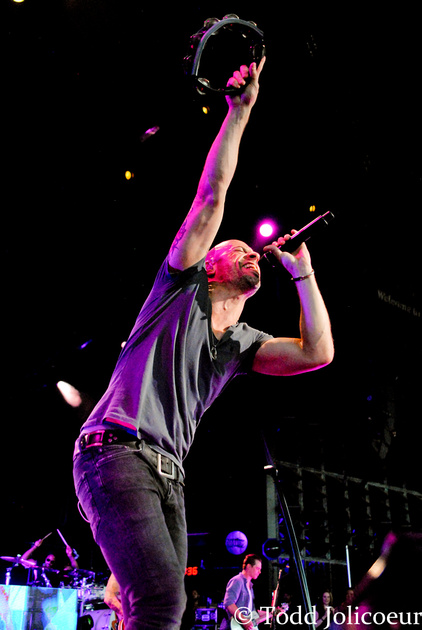 Setlist: Baptized - Feels Like Tonight - Over You - Renegade - Traitor - It's Not Over - Outta My Head - What About Now - Wild Heart - Battleships - Home - September - Waiting For Superman - Long Live Rock & Roll