Music festivals come and go, but the great ones live on.  Now in it's second year, country music brought a three-day festival to Michigan in the form of Faster Horses.  With extra stages to give up-n-comers their time to shine, as well as amassing some of the best musicians and headliners around today, this festival was going to be one for the ages.  The three-day bonanza was kicked of by Tim McGraw and Kip Moore on the main stage.  Days Two and Three were headlined by the combinations of Keith Urban and Darius Rucker on the second day and Miranda Lambert and Little Big Town to close out the weekend. 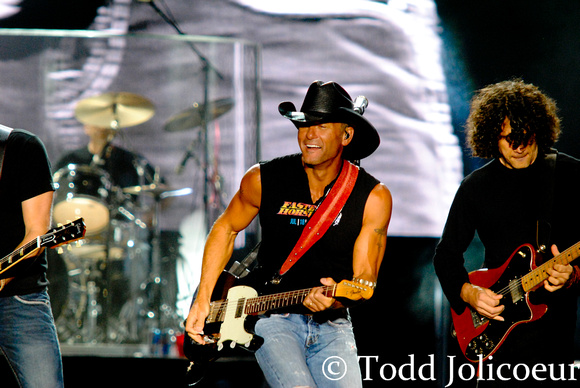 Opening with "One Of Those Nights," Tim McGraw let anyone who was paying attention (and let's be honest - that was EVERYONE), that he was in the venue and that he meant business.  The band worked the stage in unison behind the singer and allowed him to do what he does best - perform for his fans.  Tim's voice was on fire and each song sounded exactly as you would expect them to sound.  "Real Good Man" and "I Like It, I Love It" were up next and saw McGraw entertain the crowd with his vocie, his smile, and his energy.  For the latter, he brought some local radio personalities on stage and thanked radio, by kneeling and raising his arms to them.  The high point for this reviewer was the following track, "Southern Voice."  The singers voice was strong and his Southern swagger in its full glory as he took the crowd on a journey of Southern heritage.  The rest of the setlist included tracks from throughout his career and spanning his catalog, including his upcoming release Sundown Heaven Town.  McGraw knows his audience and he knows to keep them engaged, mixing up the tempo of his set list and the use of smiles, waves, and great songs that left no stone unturned and was sure to please every fan. 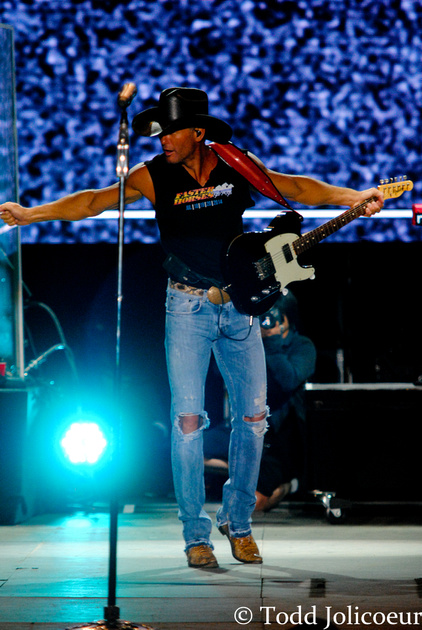 Tour Setlist: One Of Those Nights - Real Good Man - I Like It, I Love It - Southern Voice - Red Rag Top - Mexicoma - Down On The Farm - Southern Girl - Just To See You Smile - Better Than I Used To Be - Lookin' For That Girl - Please Remember Me - Back When - Keep On Truckin' - Meanwhile Back At Mama's - You Are So Beautiful - The View - Highway Don't Care - City Lights - Where The Green Grass Grows - Two Lanes Of Freedom - Indian Outlaw - The Cowboy In Me - Truck Yeah - Something Like That - Felt Good On My Lips - Live Like You Were Dying 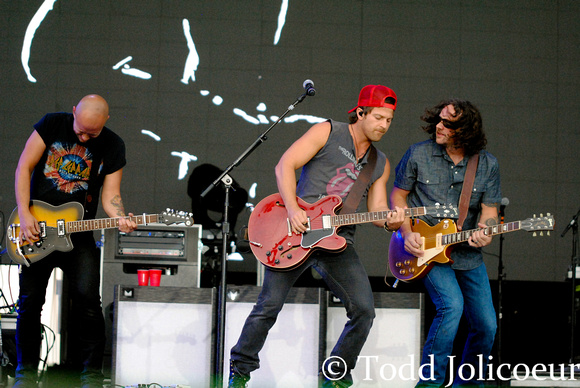 Kip Moore came to party, and demonstrated that mindset the minute he hit the stage and played a first note.  The crowd reacted well to his set and the energy that passed from stage to crowd and back again was enough to keep the man and his band going for roughly an hour.  With only one disc under his belt (and another on its way), Kip was able to play and sing his way through a set that pleased anyone that gave a listen.