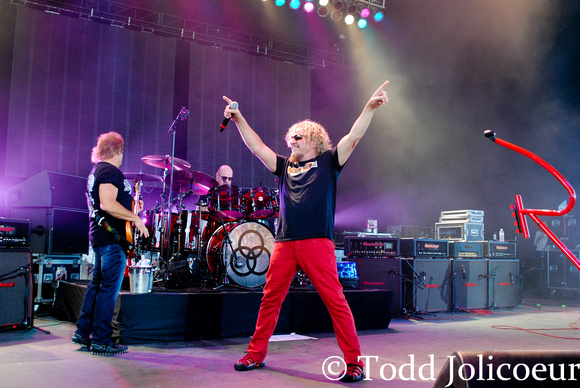 Some performers amaze year after year and seem to get better with every show - Sammy Hagar is one of those performers.  Armed with a killer band (not his typical Wabos), Sammy is joined on this tour by bassist Michael Anthony, guitarist Vic Johnson, and drummer Jason Bonham.  With tips of the hat to his catalog and that of drummer Bonham's famous heritage, athe show contained nothing but hits from top to bottom.  The obvious selection of Van Halen tracks were complimented by the vicious harmonies and bass mastery from Hagar's VH comrade, Anthony.  The addition of more recent solo tracks that have been perfected live by guitarist Johnson, the sole Wabo on the trek, as well as trcks that predate Sammy's 1985 merger with Van Halen, helped fill the setlist with classic Red Rocker tunes.  A history of rock wouldn't be complete without the addition of some of Hagar's influence from Led Zeppelin, especially when you have the one and only Jason Bonham on drums.  Moving in and out of classic rock tracks from the last 40 years, with no regard for chronology, the band and Hagar took this audience on a fun trip through history, while making sure the present wasn't forgotten, withe the addition of a lone Chickenfoot track near the end of the setlist.  This tour is more a celebration of Sammy's catalog and his influences than it si a man assembling a band to go out and pump up his own ego.  Ever te showman, Hagar once again showed the Capacity Michigan crowd what a great rock show is. 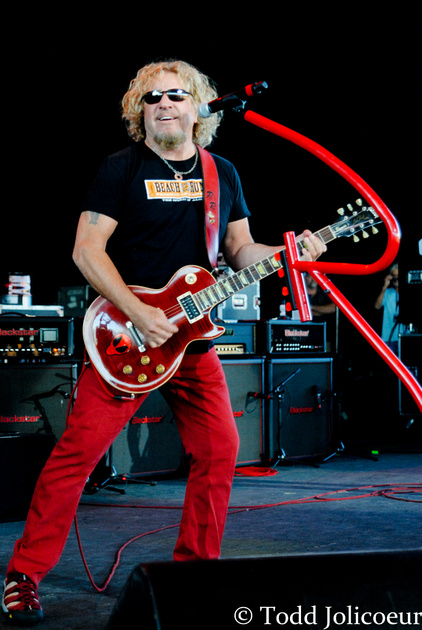