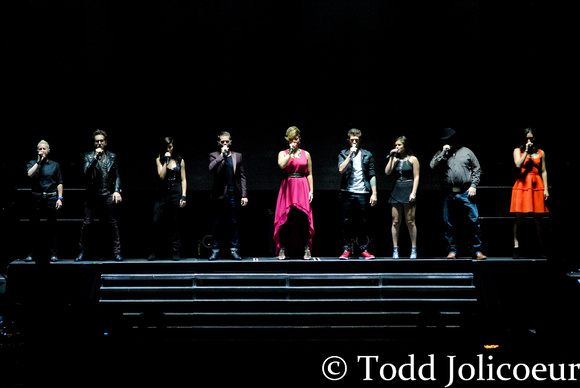 The Voice single handedly restored my faith in reality music/singer shows.  The premise that contestants make it past the "blind" auditions is refreshing, as the vocalists are judged only on their vocal abilities and the reaction of the crowd in order to move on to the next round.  After that, it is anybodys game, but at least raw vocal talent is the first benchmark.  That said, witnessing several of the performers live is inspiring and gives one hope that there is still talent out there, regardless of the genre you are looking for.  When The Voice Tour rolled into Detroit, it had a cast of past contestants that was culled from enough genres and styles to please everyone in attendance.  The last two seasons, numbers 5 and 6, were well represented, as well as a contestant from Season 1.

From the minute this group of artists hit the stage, it was obvious they were there to entertain.  With mics in hand and smiles on their faces when the lights came up, the egos seemed to be checked at the door and made way for energy.  After a cool opening number that allowed each participant to flex their vocal muscle a bit, we were treated to two songs from the most recent winner, Josh Kaufman, which included a cool video duet with Usher.  This recreated a moment form the show, when the pair teamed up on "Every Breath You Take."  Each artist was allowed to showcase their voice and stage presence.  Each performer was allowed a couple opportunities to wow the crowd and demonstrate once again how they made at least one chair turn for them.  The interaction of the different personalities and styles on the tracks which they all performed together (I think it was 7 or 8) drew huge applause and excitement from the Detroit audience, as the fans love for the show and their performer merged for those brief moments.  Even the duets were exciting and were more of a performance and less of a dual, as they are portrayed on the show.  The winners of Seasons 5 and 6, Tessanne Chin and Josh Kaufman respectively, were obvious favorites when they performed solo tracks and seemed to bring the house down during their time on stage.  If you love the show, this is a great show to attend - if you can stand to be without your favorite coach for the evening. 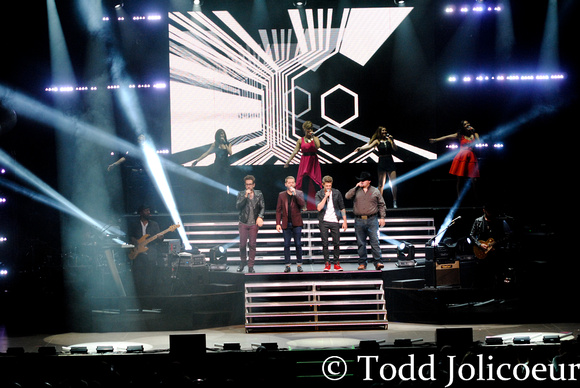