There are singers and there are vocalists - then there is Paul Rodgers.  When Bad Company reunited a few years ago with the original lead singer, it was magic.  That magic was recreated once again on a Friday night in Clarkston, MI.  The three original members, Rodgers, Mick Ralphs, and Simon Kirke, took the stage and crowd by storm.  Playing most of the bands certified hits and throwing in a couple fan favorites along the way, the setlist was full of classic rock gems sure to please anyone in the venue.  Rodgers voice was a strong as it ever was, as was his command of the stage and crowd.  Ralphs, coupled with guitarist Howard Leese, played every classic riff from the bands catalog with finesse and precision.  Kirke kept time and anchored the rhythm section from behind a simple kit emblazoned with the Bad Company logo.  As the show moved from song to song, Rodgers would engage the audience as much as possible.  They filmed a bit for the John Bonham Memorial Fund and got the crowd to hold up the peace sign and say "We love you John" [HERE] during one break from the musical action.  As the band finished their set, it was never more obvious that we collectively had just witnessed one of the strongest classic rock bands on the tour circuit today. 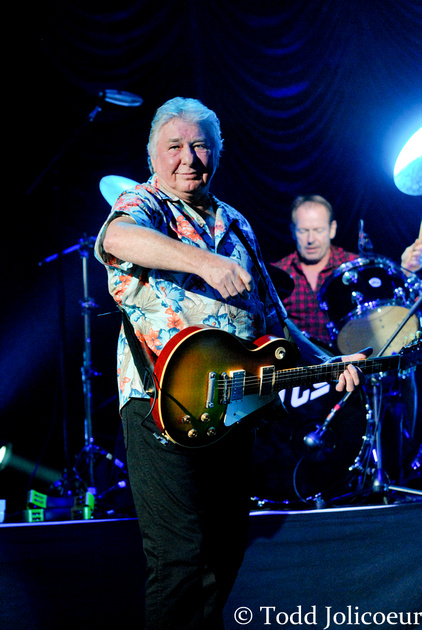 Some bands are legends due to their music, others due to stage antics, and even more because of offstage events.  Lynyrd Skynyrd carry that legendary status due to the horrific pane crash that claimed the lives of members back in 1977, but also because of their catalog of work.  That same catalog supplied the thirteen tracks that were amassed for tonight's set list.  The band moved seamlessly from track to track, playing these songs as only they can - with Southern swagger and attitude.