Legends attain a certain status for a reason.  The legend of Bobby Vinton was obvious the minute he hit the stage for the second of two shows at The Colosseum inside Caesar's Windsor.  The house lights went down, the stage lights came up, and out walked Bobby Vinton to a medley of his hits and immediately went into the seminal classic "I Only Have Eye's For You."  His voice sounded as rich and full as it ever has and his stage presence, along with that classic Vinton smile, were in abundance as he made his way across the stage and back while performing for a capacity crowd.  When he broke out into "Blue On Blue," you could see almost every mouth in the venue singing along in silence (and some like this reviewer, not so silent).  As he moved through the setlist, one would hardly believe the man was nearing 80 years of age.  If you get the chance to see Bobby Vinton somewhere across the country, make the time and seize the opportunity - it isn't every day you are afforded the chance to see a living legend. 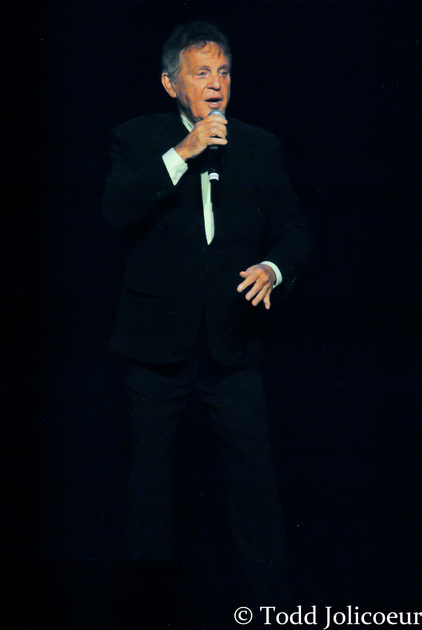 Tour Setlist: I Only Have Eyes For You - Blue On Blue - Paloma Blanca - Roses Are Red - That's What I Like - There I've Said It Again - Mama - Heart - Hall Of Fame - Over There - Mr. Lonely - Hey Good Looking - Polka/Anniversary Waltz - Tell Me Why - Appletree - Sunrise Sunset - Blue Velvet - Phantom Of The Opera - Sing Sing - Friends Of Rock - Crying - Melody Of Love