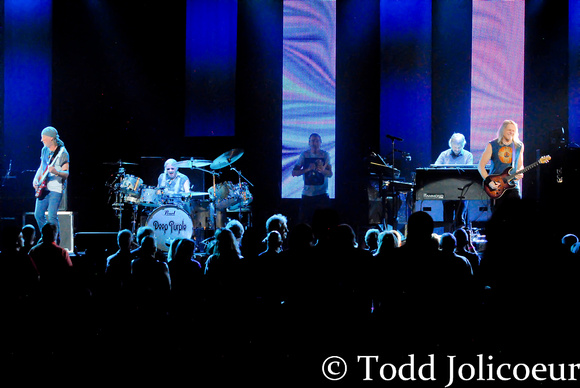 To quote a good friend of mine, any show that starts with "Highway Star," "Into The Fire," and "Hard Lovin' Man" is going to be legendary.  Hell, the guys from Deep Purple could have announced that was it and left the stage and any fan of the band would have been happy at that point.  The capacity crowd inside The Colosseum was treated to a spectacular show that included the hits and more from these rock masters.  Led by vocalist Ian Gillan, the band sounded spectacular on classics and new tracks alike.  The often under appreciated Steve Morse rocked the crowd with his guitar wizardry, while the familiar rhythm section of Roger Glover (bass) and Ian Paice (drums) anchored every track with killer time keeping and pounding bottom end.  Keyboards were handled mightily by Don Airey, who kept the honor and legacy of the bands past sound alive and kicking.  The encore was as strong as the opening, with "Hush" and "Black Night" closing the show.  The middle of the set list was peppered with killer tracks that gave each member a moment to shine, but one of the personal highlights for some, myself included, was "Vincent Price."  To hear classics like "Perfect Strangers" and "Smoke On The Water" was another highlight that brightened up a Thursday night in Windsor.  If you get the chance to witness the legend that is Deep Purple on the remainder of this tour, don't miss let this one pass you by. 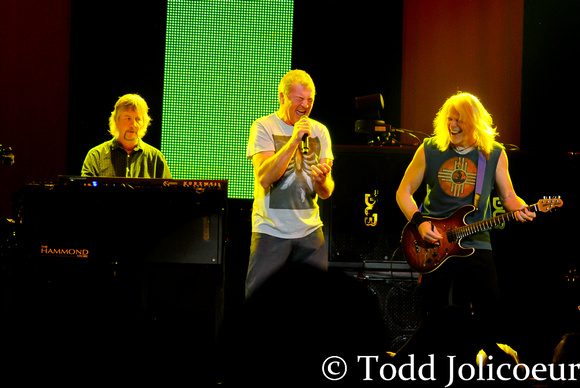