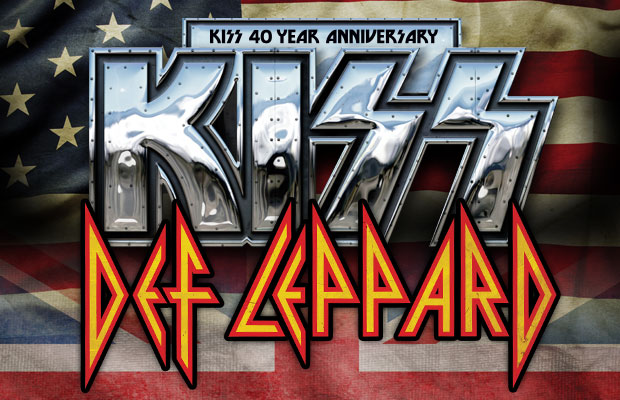 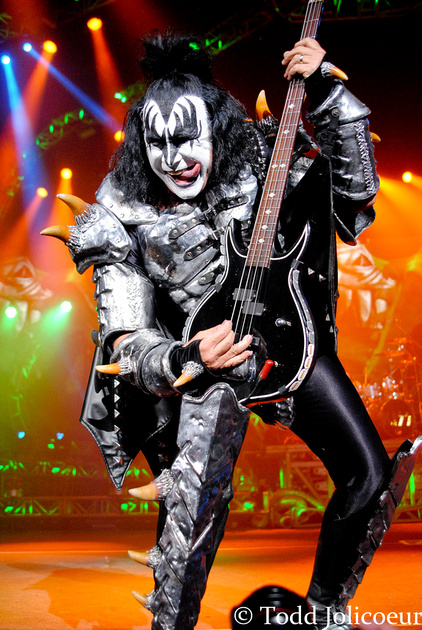 When your concert day begins with an acoustic set from Kiss then a quick Meet & Greet to shake hands and get your favorite memorabilia signed, you know the day is headed in the right direction.  After great sets from The Dead Daisies and Def Leppard, the SOLD OUT capacity crowd was pumped and primed for the 75-minute barrage of hits headed their way.  As the kabuki hung from the lighting rig and the lights went  out, we all knew what was next.  The familiar hum of the amps and then "You wanted the Best, You Got the Best" filled the void as the band launched into "Psycho Circus" and took off at light speed on a journey that many would never forget.  The shortened set, due to a co-headlining gig, included many hits and fan favorites from the bands catalog.  Also included was all of the showmanship and banter the audience has come to expect from these guys.  Gene did his best fire-breathing dragon imitation at the end of "Hotter Than Hell" and added a cool solo, which included the blood-spitting he has become famous for, before he flew to the rafters to sing "God Of Thunder."  Paul was ever the frontman as he took the crowd from song to song, even flying out to the back of the venue to sing "Love Gun" to the fans in back and on the lawn.  Eric and Tommy brought their A-game and added their bit to the Kiss live legacy with great licks and stage presence from Tommy, especially during the bridge in "Lick It Up."  Eric demonstrated once again his vocal prowess on "Black Diamond" and his ferocious skills on the drums from song to song.  The bonus tracks (in my opinion) added to the set list this year were "Hide you Heart" and "Calling Dr. Love."  As teh band closed the show with staples "Detroit Rock City" and "Rock And Roll All  Nite," the evening was closed in true rock fashion, by true rock gods.  Those on hand to witness this show understand fully how this band, recently admitted to the Rock And Roll Hall of Fame, has been able to crank out the songs and the decibels for 40 years... let's just hope that doesn't end any time soon! 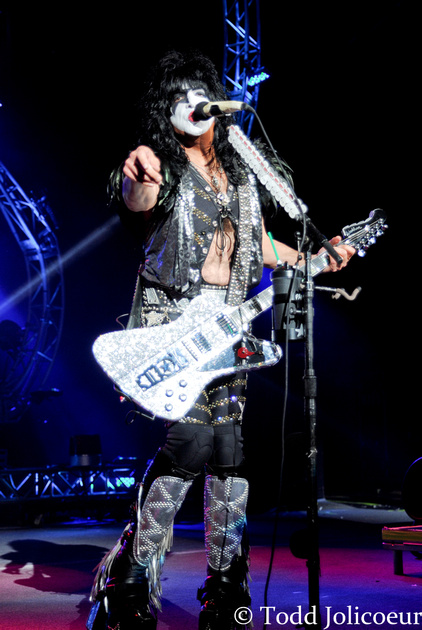