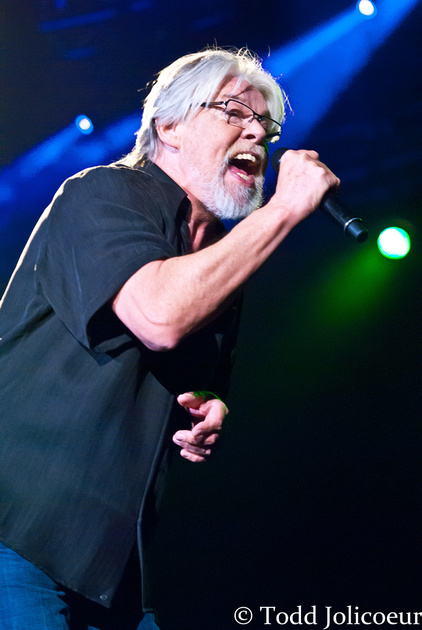 What can be better than opening the 2015 concert photography and review season than Detroit rocker Bob Seger and his Silver Bullet Band bringing their killer SOLD OUT show to Toledo, Ohio's Huntington Center?  Well, to be honest - nothing.  This evenings stop on the Ride Out Tour 2014-2015 lived up to the hype around it.  Opening with the classic "Roll Me Away," Seger and his crew hit the stage hungry, devoured all of the crowds excitement, and gave it back tenfold.  The energy in the packed house could not be denied as Bob moved around the stage, making sure everybody got a little face time and attention.  Rolling into "Trying To Live My Life Without You," the smiles on Seger's face increase in size.  This song never fails to please and tonight was no exception.  The true magic of the evening wasn't the multitude of hits that would be played tonight, but rather the attention focused on the newest songs Bob unleashed on the world.  Back on October 14, 2014, Seger released Ride Out - his 17th studio album, and first since 2006's Face The Promise.  In addition to John Hiatt's"Detroit Made," which was rolled out during the Rock And Roll Never Forgets tour in 2013, the setlist tonight featured five other fresh tracks: "Hey Gypsy," title track "Ride Out," a cover of Wilco's "California Stars ," the moving "It's Your World," and "All The Roads."  Taking every chance he could, Bob made sure to introduce and show appreciation for members of his band.  Getting down to business, the band pulled no punches and left all their energy and sweat on the stage after running through some of the ageless tracks that not only make up part of the Seger catalog, but the musical fabric of our lives.  Breathing a renewed energy into such rockers as "Holly wood Nights," "The Fire Down Below," and "Her Strut," the man and his  band sounded stronger than they have in years.  Bob's vocals seem to get stronger with each album and tour.  Toning the tempo and intensity down at times, the setlist also gave the ecstatic crowd other timeless Seger songs like "Mainstreet," the rousing medley of "Traveling Man" and "Beautiful Loser," "Against The Wind," and others.  You know the strength of a performers catalog and setlist when arguably the biggest hit, "Old Time Rock And Roll," is sixth in line of a 21-song set.  Closing out the night as only he can, Seger opened his head, his heart ,and his voice to once again make sure this capacity crowd left satisfied and with the knowledge that "Rock And Roll Never Forgets."  If you are looking for a memory-filled evening of hits - new and old - do yourself a favor and pick up a ticket to one of the upcoming show son this tour! 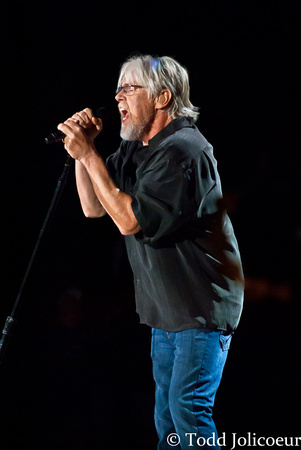 Setlist: Roll Me Away - Trying To Live My Life Without You - The Fire Down Below - It's Your World - Mainstreet - Old Time Rock And Roll - California Stars - Ride Out - Come To Poppa - Her Strut - Like A Rock - Traveling Man / Beautiful Loser - All The Roads - Hey Gypsy - We've Got Tonight - Turn The Page - Detroit Made - Against The Wind - Hollywood Nights - Night Moves - Rock And Roll Never Forgets