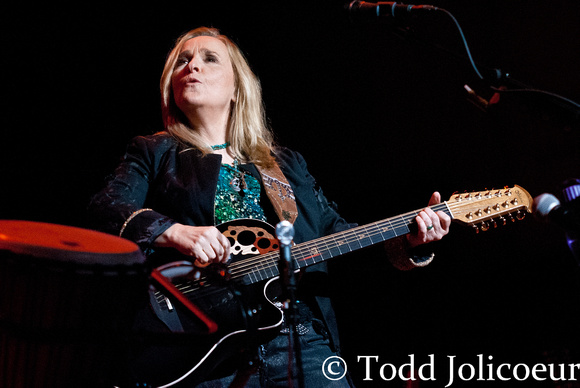 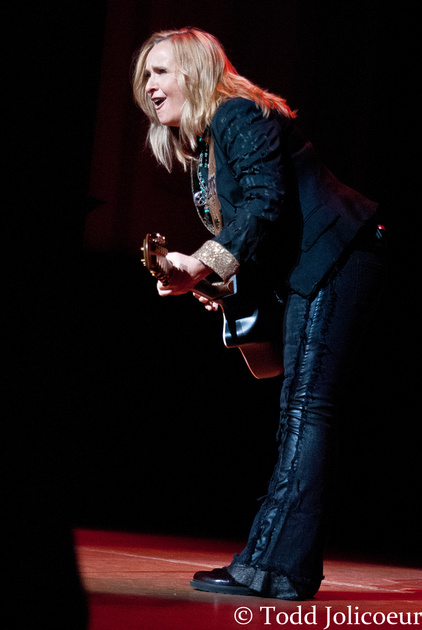 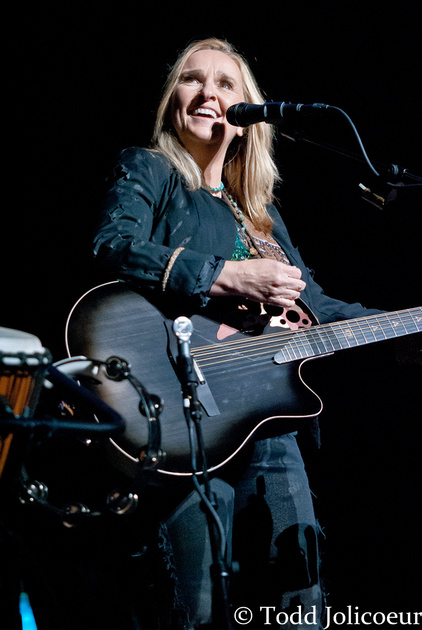 Melissa Etheridge stopped in Detroit on her latest tour supporting last years This Is M.E. release and decided to roll solo.  The ecstatic crowd could not wait until the house lights dipped and the woman of the hour (well, couple hours) took to the stage and played all of the songs the audience came to hear.  A stage full of acoustic guitars and various percussion instruments awaited Melissa's arrival.  The lights went down and soon the strumming of a guitar was the only sound in Detroit's Orchestra Hall.  That is until Etheridge came sauntering from the back of the stage and the venue full of fans erupted into applause, cheers, and screams.  Ripping into a killer rendition of "Ain't It Heavy," M.E. was all smiles and was as excited about the show she was about to deliver.  She moved from stage right to stage left and then took her place behind the mic for the song, and so many others that would be played tonight.  After finishing this tune, Melissa talked about Twitter and how important it is to spell check before hitting send... as she had tweeted earlier in the day that she was excited to be laying the Orchestra.  Before cranking up the next song in the performance, Etheridge demonstrated how she would pull off tonight's performance without a band behind here.  Through the use of technology, she was able to record and program the various percussion pieces required to accompany her vocals and guitar to complete the sound.  The process was cool to watch and actually suited the vibe of the evening and the setlist.  Hearing the hits that we have come to know and love in a more intimate setting with scaled back production didn't change the vibe of the songs or the evening, as some of the songs seemed to have a bigger sound and impact when given this acoustic treatment.  Picking through her catalog and delivering the hits as well as a couple cuts from her 2014 release, the fans that witnessed this stripped down show got exactly what they came for - a killer show from a phenomenal performer.  Check out the tour if it is travelling near you. 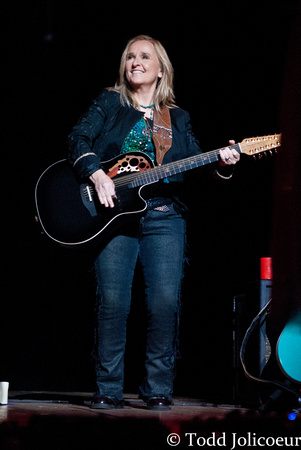 Setlist: Ain't It Heavy - If I Wanted To - The Angels - Shriner's Park - I Want To Come Over - No Where To Go - Like A Preacher - Come To My Window - Chrome Plated Heart - Monster - I'm The Only One - Bring Me Some Water - Like The Way I Do