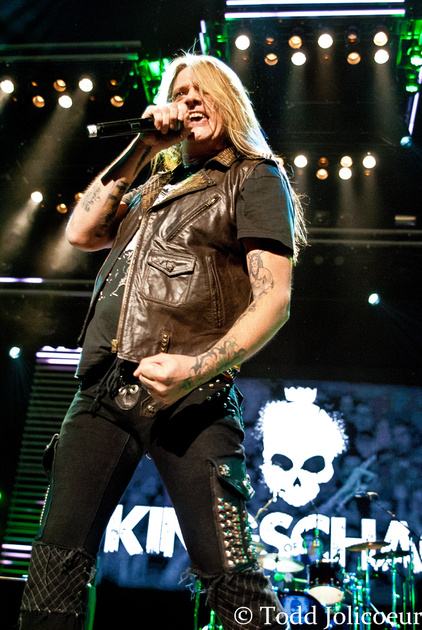 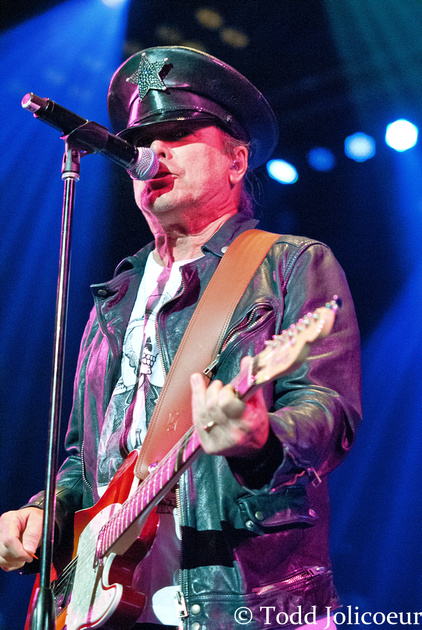 The term "Supergroup" is thrown around so freely these days in rock and roll - with bands going on hiatus, breaking up, or just passing time with other members stepping in to help out, it seems just about any group is a supergroup these days, but when you pull together a group of rockers that collectively have sold millions upon millions of albums, had Top 10 and number 1 albums and singles, and toured the world for more than 3 decades, you have a true supergroup.  Such a collective of rockers took over The Colosseum at Caesar's Windsor on a drab Thursday night... bringing powerhouse rock and roll to life.  With a core band of drummer Matt Sorum, bassist Duff McKagan, and guitarist Gilby Clarke (all from Guns 'N' Roses, among other bands and projects), the band took to the stage with guitarist Steve Stevens (Billy Idol) and singers Robin Zander (Cheap Trick) and Sebastian Bach (Skid Row) to run through each performers bands hits as well as some rock and roll classics. 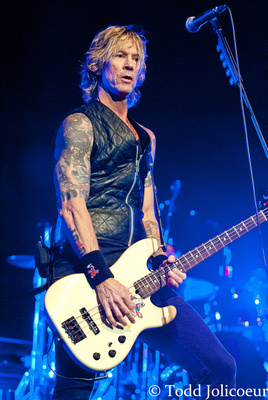 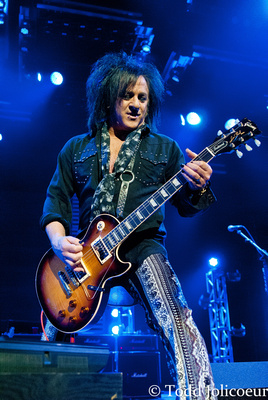 When the lights came up and the band took their respective spots on the stage, Sebastian Bach came out and started the night off right with killer renditions of GNR's "Welcome  to The Jungle" and "It's So Easy," before settling into more familiar material with Skid Row's "Youth Gone Wild."  Bach was able to connect with the audience quickly as he peppered his banter between tracks with stories of growing up in or around the Windsor area and spending time with his grandfather.  After an energetic mini-set the singer introduced one of his idol's Robin Zander.  Donning a familiar black Dream Police hat, Zander and the rest of the Kings of Chaos proceeded to rip through Cheap Trick classic "Hello There," "Surrender," and "I Want You To Want Me," before reaching into guitarist Steve Stevens bag of tricks with a Zander-led version of "Rebel Yell."  Despite a minor technical issue, the band rolled seamlessly through the songs and gave them the treatment they deserved.  Slowing things a bit, Robin led the crowd in an acoustic driven "The Flame" before Bach took the center spot once again and demonstrated his softer side on Billy Idol's "Eyes Without A Face" and his own "I Remember You."  A shining moment of the evening was guitarist Gilby Clarke stepping into the spotlight and treating the crowd with his lead vocals on "Knockin' On Heaven's Door."  Leaning back into the 70's, the band ripped through two more classics from Zander's arsenal, "Dream Police" and "Ain't That A Shame."  Not forgetting the core bands rock and roll heritage, "Mr. Brownstone" and "Sweet Child 'O' Mine" received the star treatment and shook through the venue's sound system and elicited an overwhelming response from the capacity crowd at tonight's performance.  Recognizing the band members collective influences, there were plenty of other rock and roll covers to play for the excited Caesar's Windsor crowd before sending everyone on their way for the evening.  Led Zeppelin's "Whole Lotta Love" was followed by a killer version of AC/DC's "It's A Long Way To The Top" and The Beatles "Come Together."  The final song of the night was an appropriate send off for this crowd, as we were all transported to "Paradise City" for the evening and treated to a night of phenomenal classic rock played by a killer collection of rockers that has given us all one more great rock and roll memories. 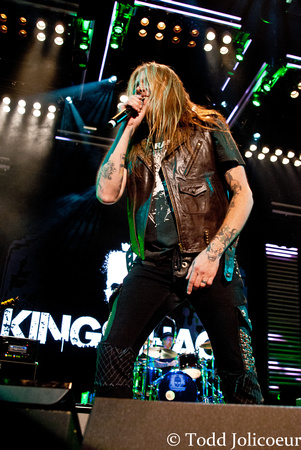 Setlist: Welcome To The Jungle - It's So Easy - Youth Gone Wild - Hello There - Surrender - I Want You To Want Me - Rebel Yell - The Flame - Eyes Without A Face - I Remember You - Knockin' On Heaven's Door - Dream Police - Ain't That A Shame - Mr. Brownstone - Sweet Child 'O' Mine - Whole Lotta Love - It's A Long Way To The Top - Come Together - Paradise City