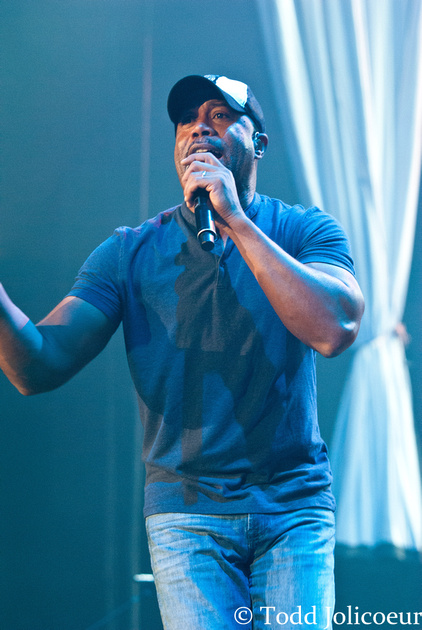 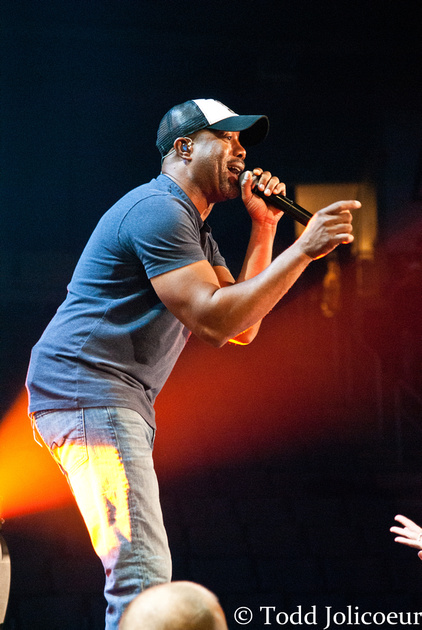 Darius Rucker brought his Southern Style tour into Toledo, OH for the final night of the road trip and the crowd was in for a fun evening.  With David Nail and new comers A Thousand Horses in tow, the fans were going to be treated to different spins on country music this evening.  As the venue filled with fans who came to see Rucker and the rest, the anticipation for a fun night of music was filling the air. 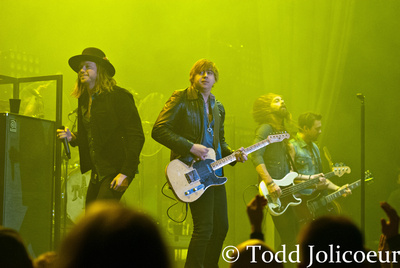 A Thousand Horses kicked things off and I was shocked - these young guys were new to me, but would be one of my favorite artists of 2015, and the year is just about up.  Rolling through tracks from their 2015 release Southernality, as well as some covers, the band was firing on all cylinders and were looking to pick up some new fans along the way.  Their spin on Southern Rock blended with country created a cool vibe to start the show and would prove a hard set to follow. 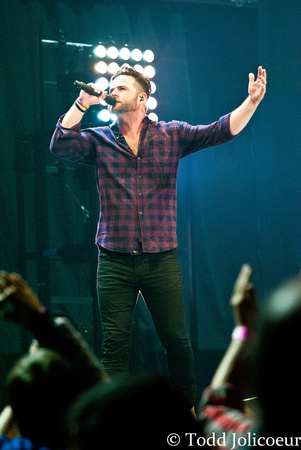 After a rousing set from A Thousand Horses, it was David Nail's turn to crank the crowd up for the headliner.  Pulling songs from his various discs, Nail gave the crowd what they came for - a good time and good tunes.  His biggest hits were tucked away in the setlist until near the end of his portion of the show, but it didn't keep him from entertaining the audience from the moment he hit the stage until his time was up.  Showing off his guitar work on various songs, as well as simply being the front man on others, David demonstrated his diversity as a performer and gave everybody something to enjoy.  Once he kicked off two of my personal faves, the venue seemed to explode with thousands of voices joining him on "Let It Rain" and "Whatever She's Got."

After a set change, it was time for Darius Rucker to give Toledo's Huntington Center a lesson in Southern Style... and he hit the ground running.  Wasting no time, he ripped into his material and took no prisoners, so to speak.  His high energy was equally matched by his band, with guitarists roaming freely from side to side and back and forth on the walkway / ramp that extended out into the crowd.  Rucker paid attention to the pit area, which was split by the ramp, but also didn't lose his focus on the fans who filled the seats beyond the stage and on the levels above the floor.  Taking every moment possible to thank the fans for a killer tour and reception to his music, his humility and joy for performing perforated the evening several times.  Along the way, his band was allowed to do what they do best, and that is deliver a killer performance that added punch and a vibrant live feel to Darius' already great catalog.   Bringing out a shot to toast the tour, the fans, and the evening, Rucker lifted his glass along with a near capacity crowd that was as excited to see him and he was to see them.  At one point, after thanking the crowd for helping make his transition to country music successful, he grabbed an acoustic guitar and proceeded to play music that he "was meant to write."  Taking the audience on a ride through his catalog and career was what the fans wanted and need to close out the week on a blistery chilly Friday evening... If tonight was any indication, Darius and his band are welcome in Toledo anytime, whether it is to being a little Southern Style or just hand and play feel good music that he has been delivering for years.  Here's to more Darius in 2016!! 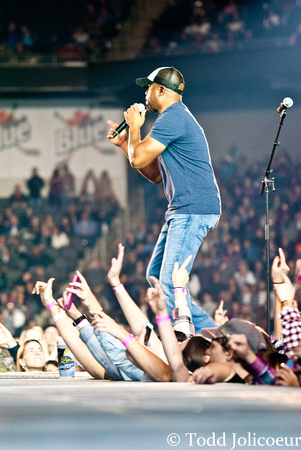 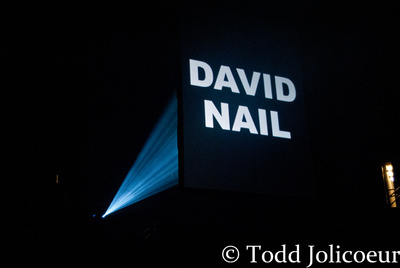 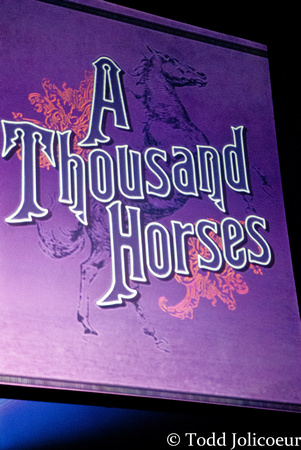