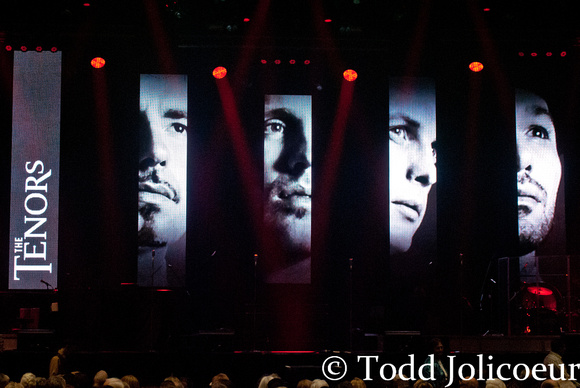 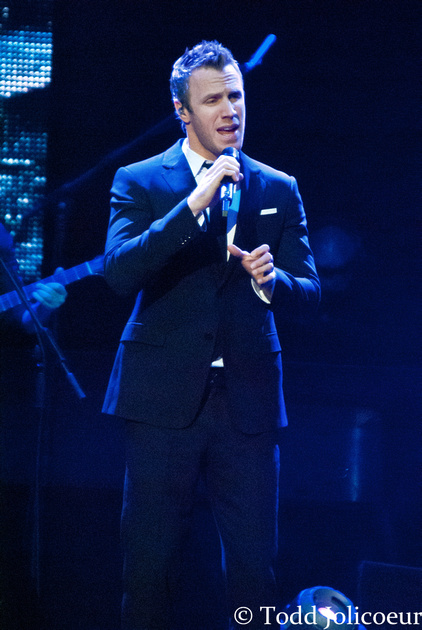 Seeing shows in December is always interesting, in that most tours are wrapping up for the year.  That said, this year I was able to catch three tours on their last show of the year, with hat trick being completed by The Tenors as they played to another capacity crowd in Windsor, Ontario at The Colosseum at Caesar's Windsor, the location of their Under One Sky PBS special.  As quickly as the seats filled with the quartets fans anticipating of a great night of music and fun, excitement filled the air.  As if on cue as the last couple patrons took to their seats, the house lights dimmed and the band behind the vocalists took their place and began to set the mood and tone for the rest of the show.  After a short video, the stage lights slowly came up to unveil the four men that the audience came to see: Remigio Pereira, Fraser Walters, Clifton Murray, and Victor Micallef.  As they quickly made their way to the front of the stage to perform songs from their catalog, including their latest release, Under One Sky, and even a couple holiday favorites, the smiles on their faces let everyone know they were as happy to see us and we were to see them.  Victor quickly took time to welcome the crowd to the final show of the year, and he seemed to be overjoyed to be performing once again in Windsor. 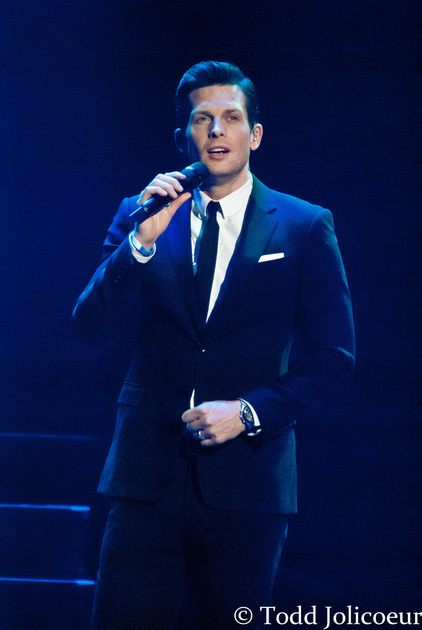 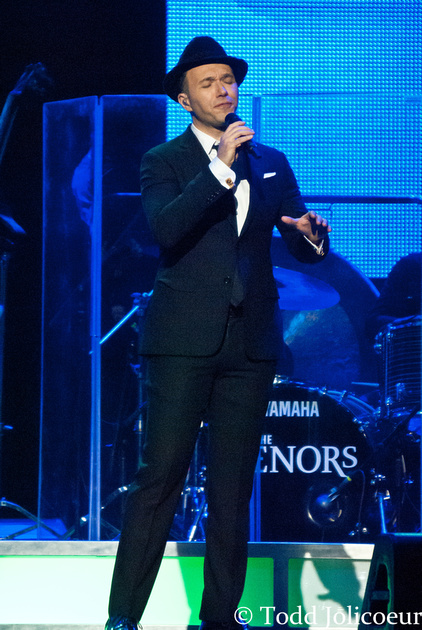 As the songs came and went, the guys each added a bit of their individual personalities to the show as they told stories of their upbringing in or around churches, choirs, or family members that performed.  They also interjected jokes and humor to the show, adding a personal touch that helped bring everyone together for more than two hours on a crazy Tuesday evening just before Christmas.  In addition to the group numbers, each of the singers were able to showcase their influences and talents as they took the stage as soloists at periodic points during the show, with recent newlywed Clifton was the first to show off his vocals on a solo track.  Hearing songs from the latest release were a highlight for me, as the disc was one of my Top 50 for 2015.  Each song played this evening seemed to draw the crowd in and keep them engaged from opening note to closing.  Fraser took to the piano early on to demonstrate these guys are so much more than just powerful vocalists.  A couple of the more intimate and touching moments of the evening were when they tipped their proverbial hats to individuals who have influenced them, including a great version of "You Are So Beautiful," which was dedicated to their mothers.  The fathers weren't left out either when Remigio dedicated a solo piece to his father.  The tenorized (yep - new word) version of "Hallelujah" is so good it brings tears to the eyes while planting a smile on the heart.  For a feel good show full of great vocals and performances, don't miss The Tenors when they ramp back up in early 2016. 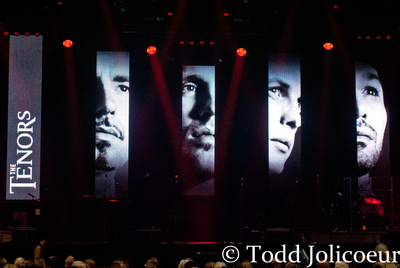