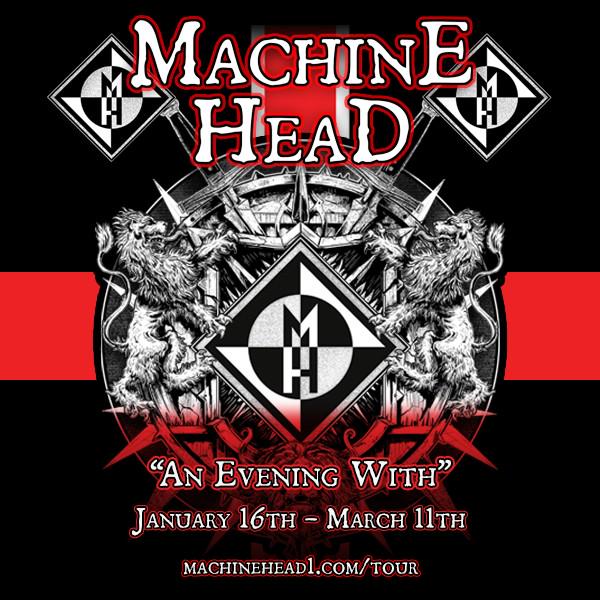 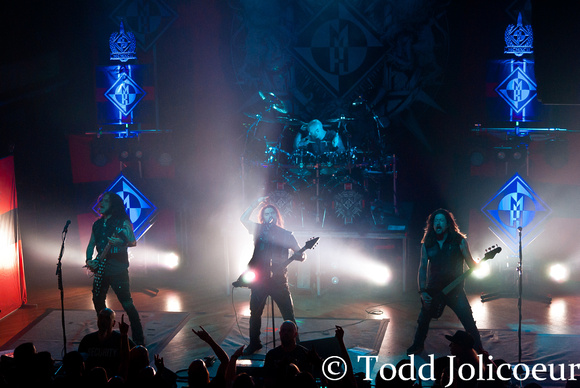 Metal legends Machine Head have been doing things their way and writing their own rules for over 20 years.  Their current tour, in support of Bloodstone & Diamonds, features the band and their storied history.  No openers, no bullshit.  From the moment the band hits the stage until the final note echos through the venue, the audience is treated to a metal masterpiece of a set that pulls tracks from the latest release and also steps into the vault of MFNH classics.  Band founder Robb Flynn on guitars and vocals is flanked by guitarist Phil Demmel on his right and newest member bassist Jared MacEachern on his left.  Longtime member Dave McClain anchors the music on drums.  These guys are energy-filled from the minute they walk out on stage.  The band and crowd interact with an energy that is undeniable.  The audience is here to be rocked and they get what they want.  Mosh pits and crowd surfing are almost as important a part of the show as the music - the band feeds on the aggressive nature of the crowd and uses it to dial the intensity of their performance up another notch, if that is really possible.  As the evening wore on, the crowds enthusiasm and hunger for metal didn't fade, nor did the performance.  These rockers gave every fan a reason to raise their fists in the air and rock out.  Check out one of the remaining dates on the tour if you get a chance.

Setlist: Imperium - Beautiful Mourning - Now We Die - Bite The Bullet - Locust - From This Day - Ten Ton Hammer - This Is The End - Beneath The Slit - Darkness Within - Declaration - Bulldozer - Killers & Kings - Davidian - Descend  The Shades Of Night - Now I Lay Thee Down - Aesthetics Of Hate - Game Over - Old - Halo