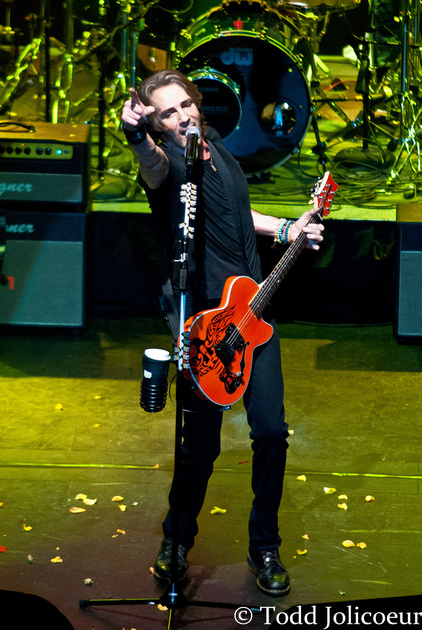 Some performers look at different options and avenues to make a difference.  Rick Springfield chose to perform at the Goodwill Rock For Jobs annual concert at SoundBoard inside Motor City Casino.  Hours before taking the stage in Detroit, Springfield did something much more rewarding - he toured a local newer Goodwill store / facility.  He walked through the warehouse area, wandered the main aisles of the store, stopping to look at mobile device power/charging supplies and the records that were donated to the facility.  At one point during an interview when asked about people supporting, he shouted to those standing near "Buy something!"  We were able to bend Rick's ear and ask a couple questions before he moved on to prepare for the evenings charity show.

Toddstar: Speaking of Goodwill and coming here, with what you know of Detroit, what does it mean to you to be able to play an important show like this when you know the city is on its way back?

Rick Springfield: It's a great feeling.  Everyone's aware of what was going on here and its not the only town it is really happening in, it just really hit Detroit the hardest.  Like I said everyone is very aware, but it's great to know and see that everything is starting to turn around.  It gives us all hope.

Toddstar: It's is great to see you back in stage in Detroit.  You aren't one of those performers that comes here a lot.  What does it mean to you to return and let everyone know that Rick Springfield is still here and as strong as ever?

Rick Springfield: You mean he hasn't died from a drug overdose? [laughter] I am working a lot.  I have a recurring role on True Detective this season, I have a new record coming out, I have a new movie coming out, and I have a solo show as well. We actually did my acoustic show, my storytellers show here in Detroit last year. Detroit is always a great audience. It really is a rock audience, so I love bringing them a great rock show with my whole band.

Toddstar: Well, thanks Rick.  Thanks for supporting the Goodwill and Detroit and have a great show tonight.

Rick Springfield: Yeah, sure.  Thanks Todd. 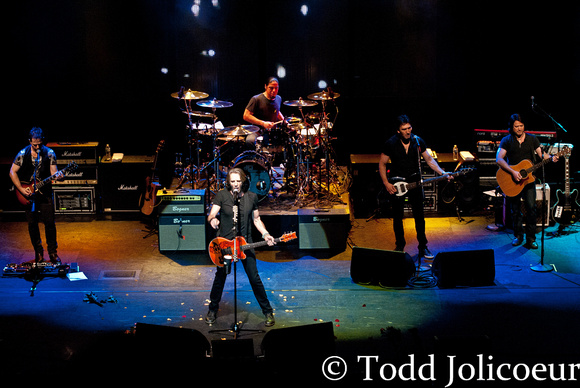 From the minute Springfield hit the stage, he was full of energy and smiles.  His setlist for the evening pleased just about everybody in the filled-to-capacity venue.  As Rick worked his way through a veritable list of killer tracks that span his lengthy career, women every where were standing, dancing, singing, and overall having a great time.  Mixed among the favorites, hits, and classics were tracks from the latest release in Springfield's discography, Songs For The End Of The World.  Putting a modern edge on his classic sound, newer songs like "Our Ships Sinking," "I Hate Myself," "You And Me," and "Love Screws Me Up" seemed to keep the audience engaged and happy.  Digging back to his breakout release Working Class Dog, the three hits from that disc, "Love Is Alright Tonight," "I've Done Everything For You," and "Jessie's Girl," added to the fun of the evening.  He and his band also played three songs from the Living In Oz release ("Human Touch," "Affair Of The Heart," "Living In Oz") and the Tao disc ("Celebrate Youth," "State Of The Heart," "My Father's Chair").  Giving a major nod to the 1982 release Success Hasn't Spoiled Me Yet, the performer played five of the discs tracks including the smash hit "Don't Talk To Strangers."  One of the real bonuses of the evening was the often unheard "Will I?" from Shock/Denial/Anger/Acceptance.  Springfield and crew decided to have some fun tonight with some classic covers and a cool reworking of a modern hit.  Hearing Springfield give a rock face lift to Katy Perry's Roar was an unexpected highlight of the show that demonstrated that Rick is still willing to take a chance and go out on a limb for his fans.  Pop rock may have come and gone, but classic rock will always be welcome in Detroit, especially if its name is Rick Springfield. 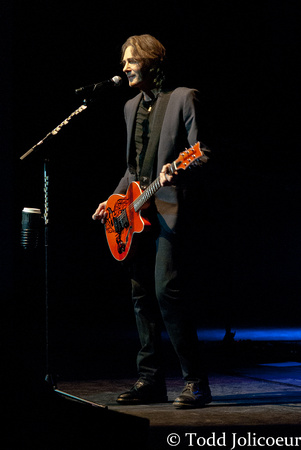 Tour Setlist: Living In Oz - I've Done Everything For You - Will I? - I Get Excited - Our Ships Sinking - Affair Of The Heart - Roar - I Hate Myself - Medley: Bop 'Til You Drop / Celebrate Youth / Calling All Girls / Don't Walk Away / State Of The Heart / What Kind Of Fool Am I? - Love Is Alright Tonight - Wild Thing - Don't Talk To Strangers - You And Me - My Father's Chair - Love Screws Me Up - Human Touch - Jessie's Girl - We Can Work It Out - Kristina - You Really Got Me