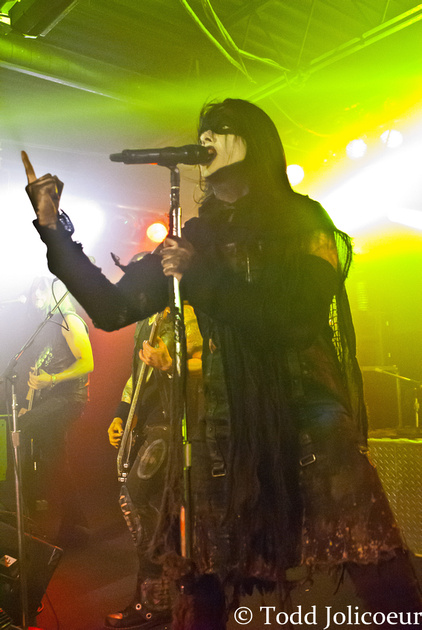 Shock rock goes to a different level when Wednesday 13 is involved.  Forget the visual insanity - the real fun here is in the lyrics and delivery of his material.  The man has created a niche genre of rock and roll that plays on horror themes and draws inspiration from pop culture horror.  The albums and songs grab your attention immediately upon first view or listen - hearing the songs live take Wednesday 13 to a new level.  Leaning heavy on his debut solo release, Transylvania 90210, and his latest release, Monsters Of The Universe.  The latter, released in January 2015 was represented by eight tracks, including set closer and title track "Monsters Of The Universe." Hearing tracks from the debut, such as "Look What The Bats Dragged In," "I Want You... Dead," and "I Walked With A Zombie" from the ten-year-old debut demonstrated the strength of the songs, regardless of the campy nature of the lyrics.  Musically, Wednesday and his band sounded as strong as they ever have, and the band seemed to feed off of the energy of the excited Flint, MI crowd.  Digging into other releases in his catalog, Wednesday played two tracks each off of his The Dixie Dead ("Get Your Grave On," "Hail Ming") and Skeletons ("Skeletons," Scream Baby Scream") releases.  Skipping all of his side projects, the lone non-Wednesday 13 track played tonight was "Scary Song," which called his pre-solo band Frankenstein Drag Queens from Planet 13 to the stage.  The new material blended well with the older stuff and seemed for keep the fans on their toes, while listening for songs they were familiar with.  Get out there and see this tour if you get the chance - the band is tight and the voice is prime.  Don't miss this show. 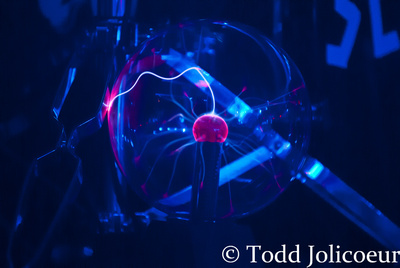 Setlist: Keep Watching The Skies - Astro Psycho : Galactic Blood Drive - I Want You Dead - Look What The Bats Dragged In - Get Your Grave On - Serpent Society - Skeletons - Come Out And Plague - House By The Cemetary - Planet Eater: Interstellar 187 - I Love Watching You Die - Hail Ming - Bombs, Guns, Gods : This Is A War - Scream Baby Scream - Scary Song - I Walked With A Zombie - Bad Things - Monsters Of The Universe