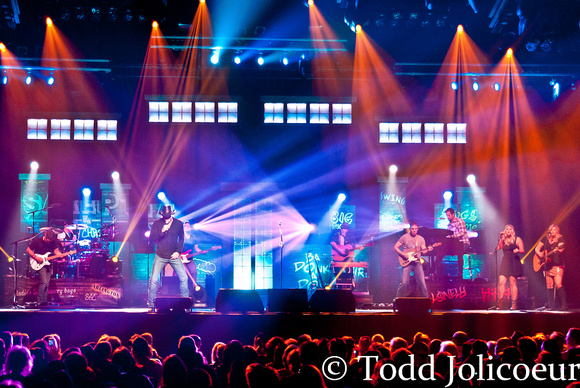 Venue: The Colosseum inside Caesar's 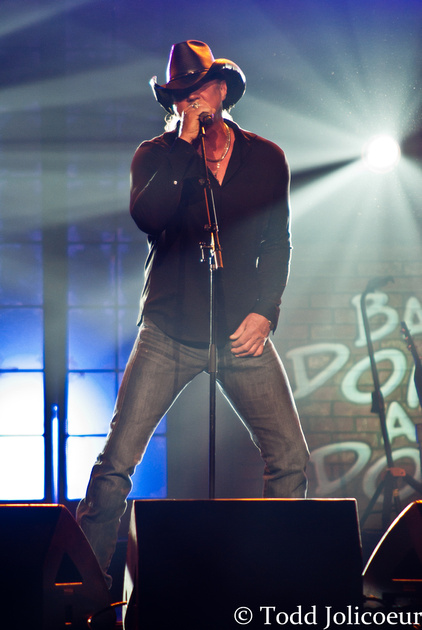 Country star Trace Adkins does something right (including throwing the "horns" during his show).  On a crazy Saturday night in Windsor, Ontario, Trace had a packed Colosseum house of crazed Adkins fans waiting on baited breath to hear him perform all of his hits and then some.  In a move unseen typically at this venue, the seats were nearly full BEFORE the lights went out (often times fans are still coming in once the show has started).  Trace had them packed in WAITING for him.  As he hit the stage, he humbling walked from the back of the stage to the front, removed his hat, and gave the crowd a respctful nod and smile - silently thanking them for coming to see him tonight.  Digging back to his 1995 debut release, he opened the show with the energetic and sexy "(This Ain't) No Thinkin' Thing" and the crowd went nuts.  Keeping the mood fun and the tempo up, he dove into the title track from 2004's Songs About Me.  The singer's deep baritone took over and elicited several screams and cries from the female portion of the audience.  The third song (and final song press were treated to) was "Swing," which takes a baseball analysis to a bar-night out.  The songs were fun-filled and kept the audience engaged.  Based on the opening of the show, I am positive the night only got better... 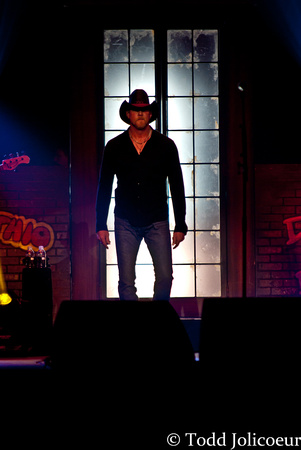