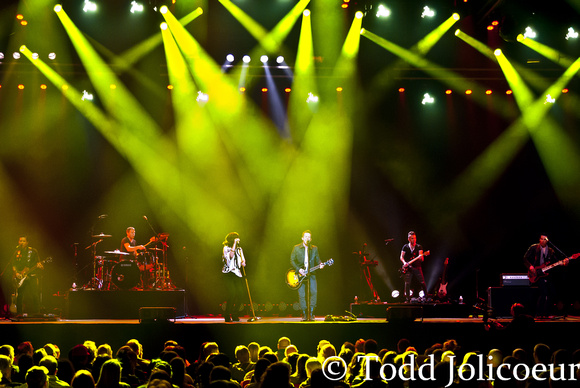 Venue: The Colosseum inside Caesar's Windsor Keifer and Shawna Thompson - better known as Thompson Square - pulled up in Windsor, Ontario the day before Easter to entertain a packed audience at The Colosseum inside Caesar's Windsor.  The electricity in the air was unavoidable as the showtime approached.  Once the 9 o'clock hour struck, the lights dimmed.  As everybody in the band got into position, the opening sounds of the duos latest single, Trans Am" cascaded through the sound system and moved across the audience as the lights came up and the Thompson's took their places on stage.  Keifer and Shawna gave their all on this evening and made every moment count.  Their voices were spot on and the band played these songs to perfection.  The one-two punch of "I Got You" and "Let's Fight" followed and the energy couldn't get much higher in the venue... until near the end of the set.  As the night went on, the pair and their band hit their stride and took an enthusiastic audience along for the ride.  The setlist contained hit after hit, and the night s performance was one great tune after another.  At one point, Shawna and Keifer began bantering with their "party pockets" in the crowd - the audience members that came to party, dance, and  sing the night away.  A little more than half way through the show, the couple stripped down a couple country classics and went totally acoustic on Johnny Cash's "Ring Of Fire" and Merle Haggard's "You Take Me For Granted," the latter being one of Shawna's high points of the night.  After ramping the crowd back up, they opened the front pit area in front of the stage up and allowed the crowd to join the party and get a little closer to the band.  As the show came to a close with arguably the bands biggest hit, "Are You Gonna Kiss Me Or Not," it was obvious a great time was had by all in the venue, both in the seat and on the stage - I can't wait to hear the new disc, as this fired up band, led by Shawna and Keifer are hitting on all cylinders and ready to once again take the musical world by storm. 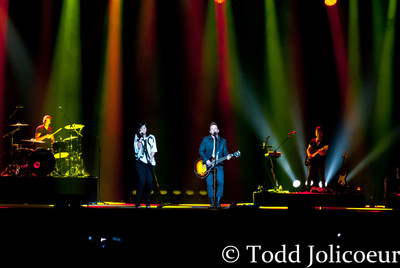 Tour Setlist: Trans Am - I Got You - Let's Fight - Just Feels Good - Here's To Being Here - Hurts So Good (intro) - Everything I Shouldn't Be Thinking About - Stuck In My Head - I Can't Outrun You - Say Something (intro) - Glass - Ring Of Fire (Acoustic) - You Take Me For Granted (Acoustic) - Up In Smoke - If I Didn't Have You - One Of Those Days - Are You Gonna Kiss Me Or Not