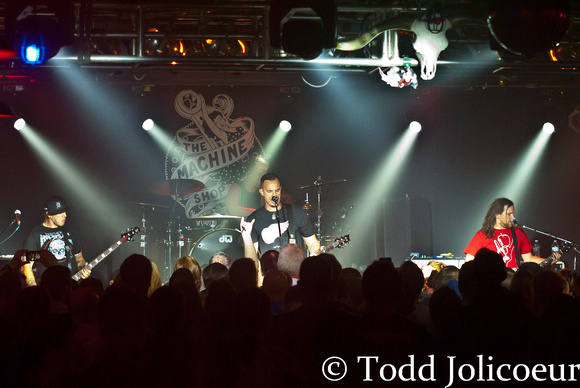 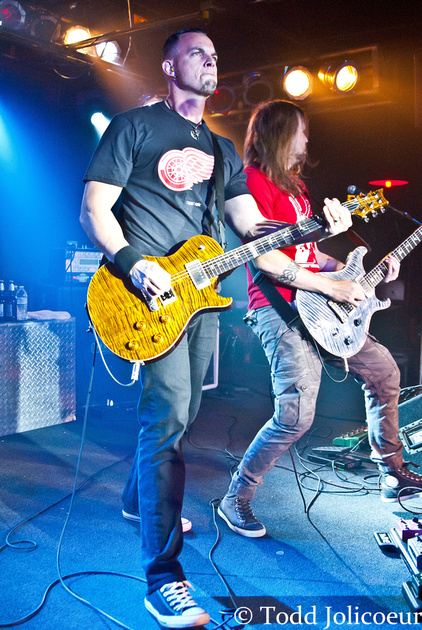 Mark Tremonti is one of the busiest guys in rock and roll.  Once the lead guitarist and main song writer for Grammy-award winning band Creed, he now splits his time between Alter Bridge and his eponymous project Tremonti.  Having finished his second solo album Cauterize, (actually his second and third - the latter, Dust, will not be released until later this year), he decided the time was right to dust off the heavy metal sounds from his debut release All I Was.  After blending in a couple future Tremonti classics from the latest release, a setlist was concocted, and Mark gathered up the band to hit the road.  The opening headline show of the tour was at The Machine Shop in Flint, MI.  The energetic crowd got more ramped up as the evening progressed and the time to rock with Tremonti neared.  Hearing the three newest tracks - "Flying Monkeys," "Cauterize," and "Another Heart" - did not deter the fans from enjoying the set, although the new tracks are relatively unknown.  Drummer Garrett Whitlock and guitarist Eric Friedman, both of whom played on both records were along for the ride, as well as a new bassist who is filling in for Wolfgang Van Halen, who could not make the trek.  The bands energy was as high for the encore of "All I Was" and "Wish You Well" as it was when they took the stage bursting at the seams while playing "Brains."  If you like your metal heavy and your night full of rock, catch this tour when it rolls through your town... not stopping near you?  Find the nearest city and get there!! This is a quality night of rock from a band. 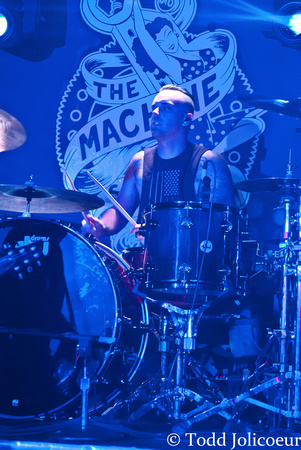 Tour Setlist: Brains - All That I Got - Leave It Alone - Giving It Up - So You're Afraid - Flying Monkeys - The Things I've Seen - You Waste Your Time - Cauterize - Gone - Another Heart - Decay - All I Was - Wish You Well