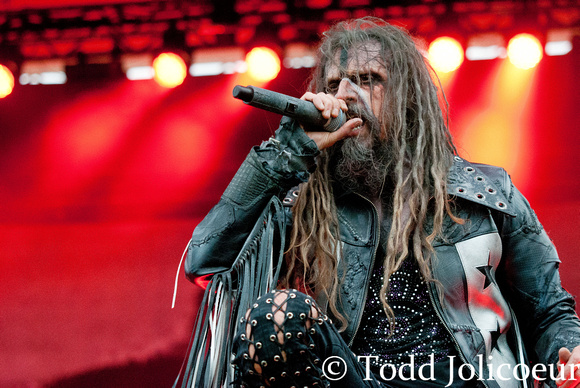 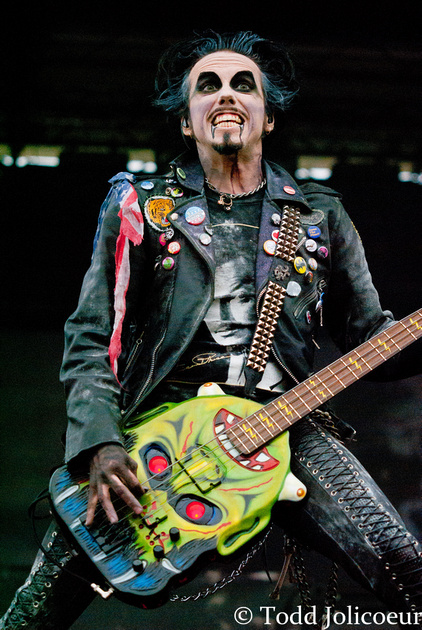 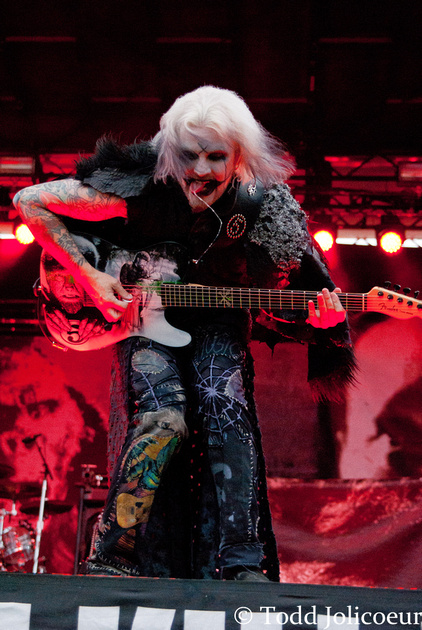 Some rock bands are as much show as they are rock - Rob Zombie is one of those bands.  Rob has taken his love of horror, both classic and new, and co-mingled it with his love of rock music.  When he and his band, John 5 (guitars), Piggy D (bass), and Ginger Fish (drums) took the stage this past weekend in Mt Morris, MI at the inaugural Loudwire Live festival, the place erupted.  The crowd was as ready for Zombie, as he and his cohorts were ready for the mayhem that was about to ensue.  Opening with "Teenage Nosferatu Pussy," Rob and crew set the pace, but not the tempo, for the evening that was ahead of us.  Mixing in classics from his tenure in White Zombie and his solo catalog, the setlist was one that should please anyone familiar with Zombie's music.  Pulling from White Zombie's two biggest selling discs, the band featured "Thunder Kiss '65," "Super-Charger Heaven," and "More Human Than Human," each getting huge response from the crowd.  The band could not have played any tighter than they did this evening, especially on the four tracks taken from Zombie's first solo release, Hellbilly Deluxe.  Hearing this foursome rip through "Superbeast," set closer "Dragula," "Living Dead Girl," and "Meet The Creeper" added a fresh sound to these classics.  The last two releases were represented by "Sick Bubble-Gum" from Hellbilly Deluxe 2 and both "Dead City Radio And The New Gods Of Supertown" and Grand Funk Railroad cover "We're An American Band" from Venomous Rat Regeneration Vendor.  John 5 was all over the place, pulling out and playing a multitude of guitars to showcase throughout the show.  His use of the instrument adds to the sound of the band as a whole.  Longtime bassist Piggy D roamed the stage while punishing the various basses he brought out to thrash and use to enhance the performance.  Seeing Piggy run from side to side while laying a heavy bottom end for the band was fun (and tiring ) to watch.  Drummer Ginger Fish kept time and provided a thunderous backdrop for the band and the setlist.  Adding two covers to the set, the band splayed their diversity for all to see and hear when they played James Brown's "Get Up (I Feel Like Being A) Sex Machine" and The Ramones' "Blitzkrieg Bop."  Overall, this was just another killer Zombie performance that Mid-Michigan fans will be talking about... until the next time Rob Zombie graces us with his presence and a killer show. 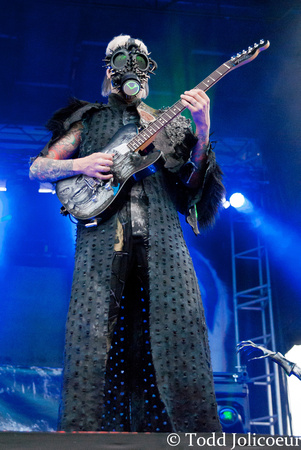