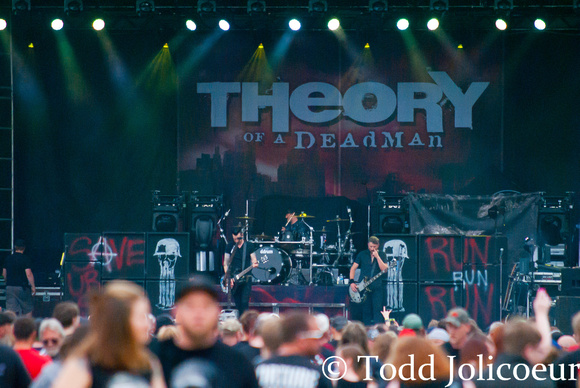 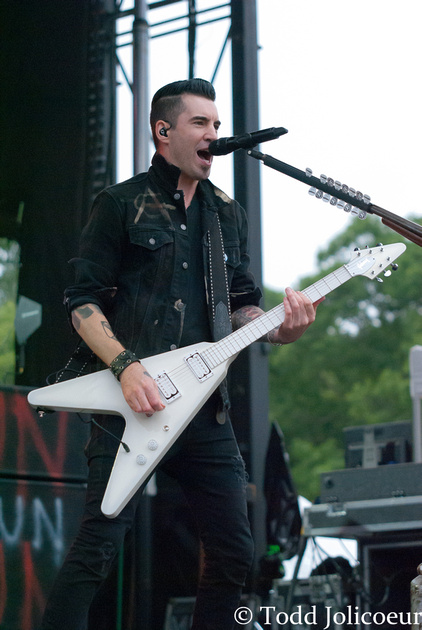 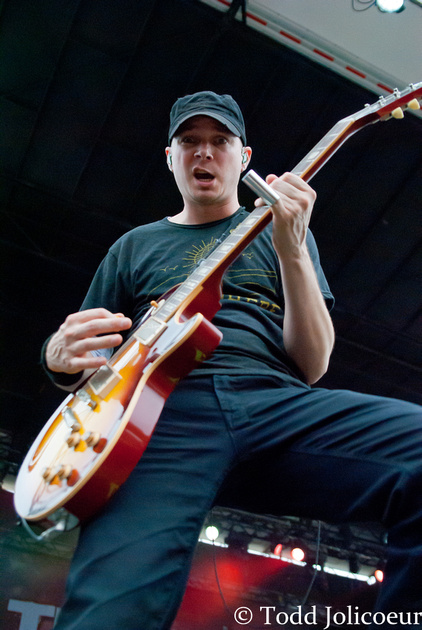 Out promoting their latest release, 2014's Savages, Theory Of A Deadman jumped onto the inaugural Loudwire Live show in Mt. Morris, MI.  The audience went crazy from the moment the canned music was cut and the bands instruments launched into set opener "So Happy."  Moving from left to right, front to back, and occupying the center stage position, Tyler Connolly led the charge with his vocals and banter.  Filling out the rest of the string section, Dave Brenner (guitar) and Dean Back (bass) helped keep the energy high and the crowd engaged.  The tempo and cadence was controlled by drummer Joey Dandeneau.  Treating the crowd to five track from the latest disc, the band mixed their set list from most of their catalog, only skipping their debut release.  The crowd was pumped and sang along to just about every track, but when relationship songs like set closer "Bad Girlfriend" or the fun "Bitch Came Back" pumped through the sound system, the audience was almost as loud as the band.  Another fun track that seemed to get everybody into the mood was "Lowlife" from 2011's The Truth Is...  As the set moved along, the audience seemed to be as interested as when the band first hit the stage, even when the lesser known tracks were played.  Judging from the enthusiastic crowd and the smiles on the bands faces as their time on stage came to an end, it has been far too long since these guys treated Mid-Michigan to a fun-filled Theory Of A Deadman show... 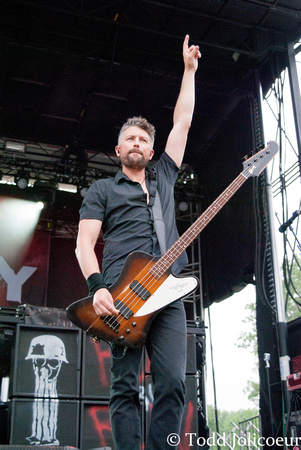 Complete set of THEORY OF A DEADMAN show photos HERE

THEORY OF A DEADMAN LINKS: