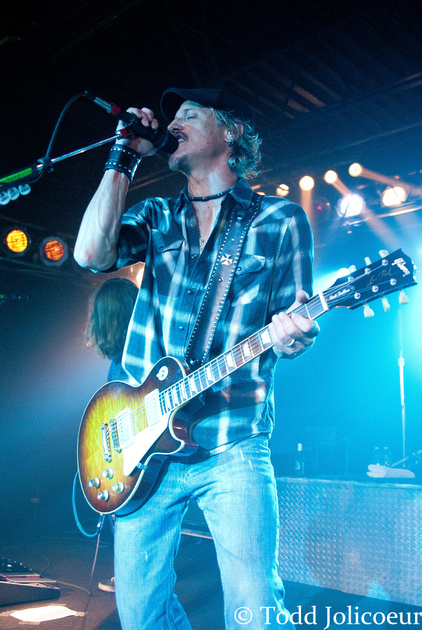 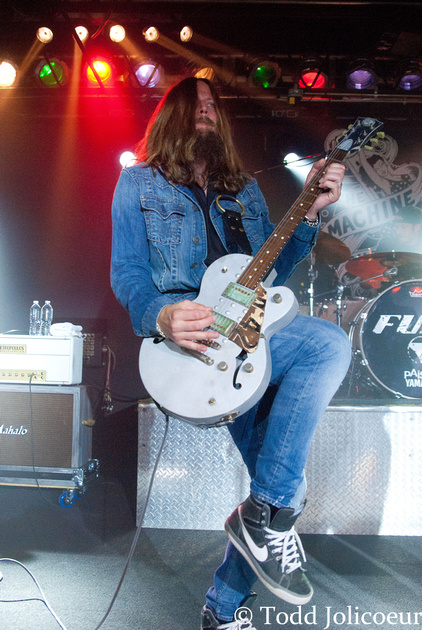 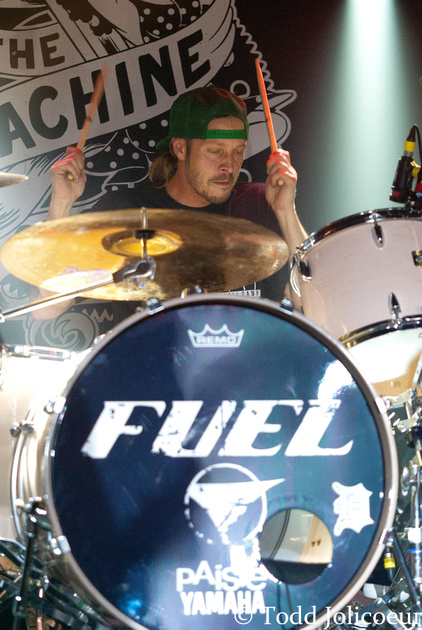 Fuel added a show at Flint's Machine Shop at the last minute, but the fans that came out were appreciative of the opportunity to get out on a Wednesday night, hear some great rock and roll, and hang at their favorite Flint, MI venue.  The setlist was equal parts debut and new release... songs that are sixteen years apart blended with other tracks creating a swirl of Fuel's musical history that presented the highlights of Brett Scallions-fronted material.  The bands most recent release, 2014's Puppet Strings was represented by four of the stronger songs on the disc, including the title track, "Headache," and "Time For Me To Stop."  Scallions, along with guitarist Andy Andersson and drummer Shannon Boone ran through the setlist as if they had been playing the songs forever, with a cool vibe coming from the stage throughout the performance.  Unfortunately, bassist Brad Stewart is currently off tour due to a family situation.  Something Like Human, the bands biggest selling release from 2000, contributed three killer tracks that were made for the stage.  "Bad Day" kicked in after Brett made reference to an incident last month in which Puddle Of Mudd cancelled a show at The Machine Shop last minute after a missed flight, stating he hopes PoM lead singer Wes could get some help so he could avoid having bad days.  Also from that disc was U.S. Alt and Main Rock Top 10 single "Hemorrhage (In My Hands)" which closed the set.  Pulling four tracks from the band’s debut, 1998's Sunburn, "Untitled" opened the set, while "Bittersweet," "Shimmer," and "Sunburn" filled out the middle of the show.  A killer track, "Falls On Me," was the lone representative from 2003's Natural Selection disc.  It added to a well-rounded collection of Fuel tracks that kept the entire crowd engaged and rocking from opening note until the final chord.  Catch Fuel on one of their tour dates this summer, at part of the Summerland tour or one-off shows like tonight’s killer performance. 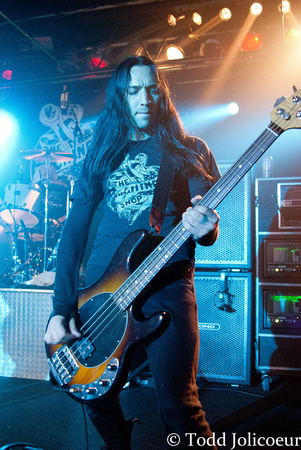 Setlist: Untitled - Headache - Empty Spaces - Bad Day - Sunburn - Shimmer - Bittersweet - Puppet Strings - Falls On Me - Time For Me To Stop - Soul To Preach To - Hemorrhage (In My Hands)