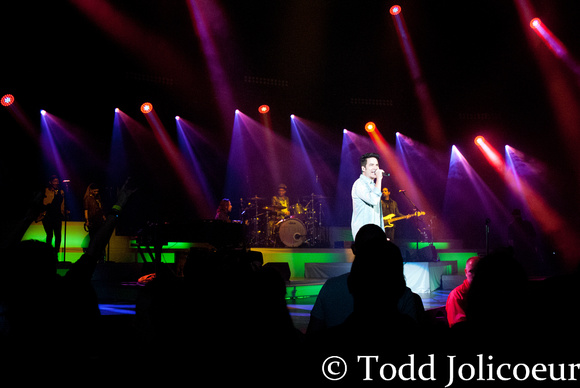 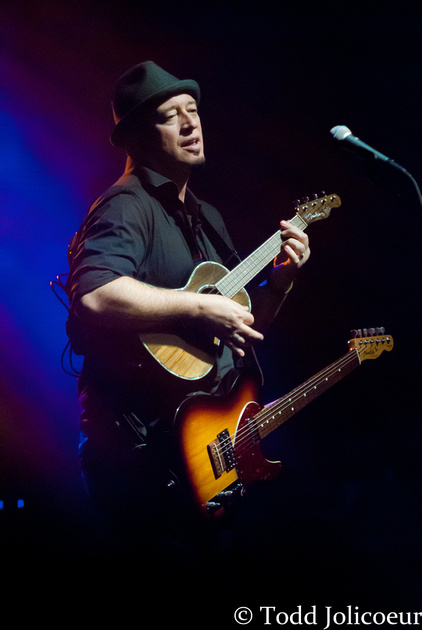 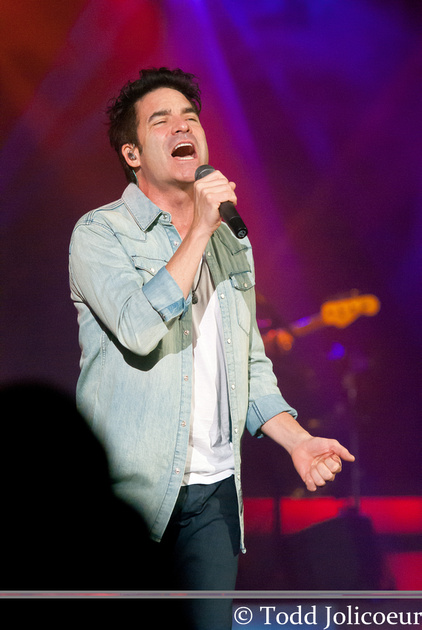 Train took over a packed DTE Energy Music Theatre last night and came with a setlist that was sure to please everybody in attendance.  Pulling from each of their releases, the band sailed through their hits, a few more obscure tracks, and a handful of covers that all had a little something added to them, demonstrating that Train can put its stamp on just about anything and make it sound great.  Opening with "Just A Memory" off of the band’s latest disc Bulletproof Picasso, the band came out firing on all cylinders.  This track is one of two non-singles played tonight.  The other, also from the latest release, "Wonder What You're Doing For The Rest Of Your Life" sounded crisp and was well received by the crowd. Digging all the way back to their debut self-titled release, the band featured their first ever single "Free" and the bands breakout hit "Meet Virginia."  Front man Pat Monahan controlled the tempo of the show with precision as he introduced various parts of the show, interacted with the crowd, and even took a lot of selfies with others phones during "If It's Love." The only other original member Jimmy Stafford played his various stringed instruments, giving the songs the consistent vibe that the original recordings had.   To close the show, "Drops Of Jupiter" showcased the bands largest selling album to date and the venue exploded with excitement as seemingly everybody sang along.  Peppering the setlist with covers, the band made their way through George Michael's "Freedom 90," classics "The LocoMotion" and "With a Little Help From My Friends" and Aerosmith's "Dream On."  Anchoring the set were the rhythm section of bassist Hector Maldonado and new comer Drew Shoals on drums.  The bands 2003 release My Private Nation provided two great songs for the evenings show, with "When I Look To The Sky" and "Calling All Angels" positioned in the middle of the set.  In addition to the track mentioned earlier, the latest release was also represented with "Angel In Blue Jeans," "Give It All," and the title track.  Adding rhythm guitars and keyboards, Jerry Becker added punch to several tracks.  Three feel good vibe tracks and a great ballad from Save Me, San Francisco was performed, including the title track and radio hit "Hey Soul Sister."  The lyrically stuffed "50 Ways To Say Goodbye" comes from California 37, as did "Bruises" and "Drive By."  Make sure to get your ticket to enjoy this Train ride... what a great way to spend an evening with all of these great songs. 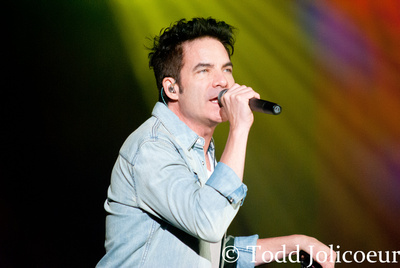 Setlist: Just A Memory - 50 Ways To Say Goodbye - If It's Love - Angel In Blue Jeans - Meet Virginia - Free - Freedom 90 - When I Look To The Sky - Calling All Angels - Bruises - Save Me, San Francisco - Wonder What You're Doing For The Rest Of Your Life - The LocoMotion - With A Little Help From My Friends - Give It All - Marry Me - Hey, Soul Sister - Drive By - Bulletproof Picasso - Dream On - Drops Of Jupiter