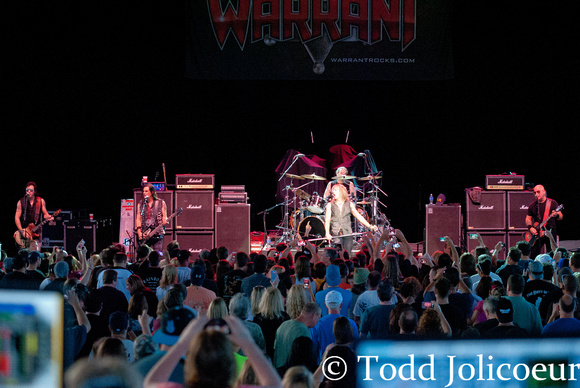 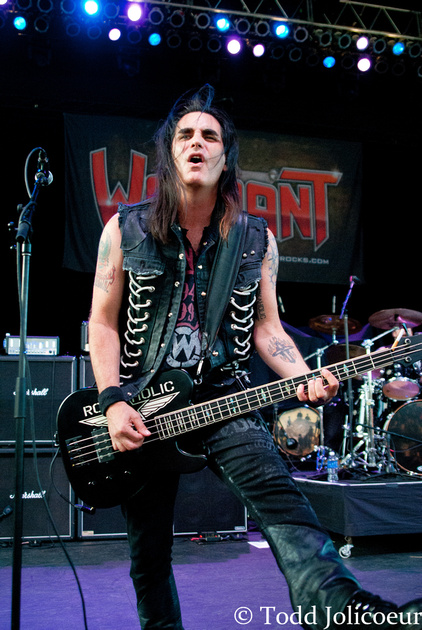 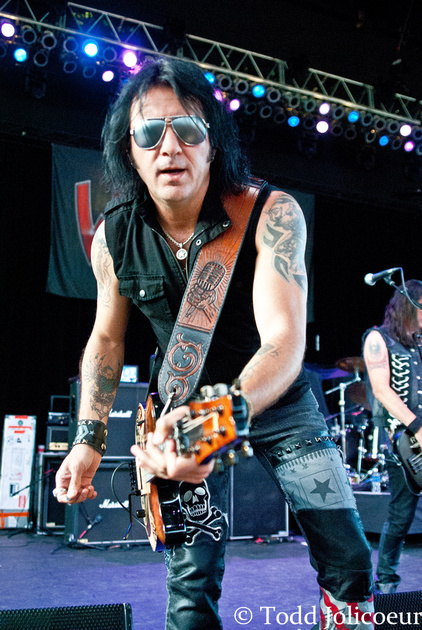 Warrant is a band that has had good days and bad days through the years, but almost never do they have a bad show.  Tonight's performance on the main stage at the Stars N Stripes Festival in Sterling Heights, MI was no different.  As the guys - guitarists Joey Allen and Erik Turner, bassist Jerry Dixon, drummer Steven Sweet, and vocalist Robert Mason - hit the stage, the band and crowd instantly knew they were in for a good time with some great rock and roll.  Pulling hits songs from their catalog and blending them with a couple tracks from their latest effort, 2011's Rockaholic, the band was on fire from first note to the last.  The bands debut release not only provided the opening tracks of tonight's set, but was prominently featured as "Down Boys," "Sometimes She Cries," "So Damn Pretty (Should Be Against The Law)," "D.R.F.S.R.," and "Heaven" demonstrated the band still has the fire and chops to play these tracks and make them as powerful as they were 26 years ago.  Hearing these songs alongside newer tracks like "Sex Ain't Love" and "The Last Straw" was proof positive that good rock and roll is good rock and roll, regardless of the era.  The twin guitar attack of Turner and Allen filled the speakers with searing riffs and soaring solos.  Another strong point in any Warrant show is the anchor provided by the rhythm section of Dixon and Sweet.  These guys play with heavy bottom end and tempo control that guide the show.  Swirl in Mason's vocals on all of the previously mentioned classics and new tracks, and you have a party.  His voice was made for this type of rock and roll and his control of the stage also suits the nature of the songs.  The bands sophomore release Cherry Pie provided the balance of the show with set closer and title track "Cherry Pie," "Uncle Tom's Cabin," "I Saw Red," and "Sure Feels Good To Me," and "Mr. Rainmaker."  The spirit of the 80's was alive and well in Sterling Heights tonight and Warrant was the driving force behind this killer evening of music.  Keep checking the bands website for tour dates and get to a show - you won't regret it... unless you miss it!!! 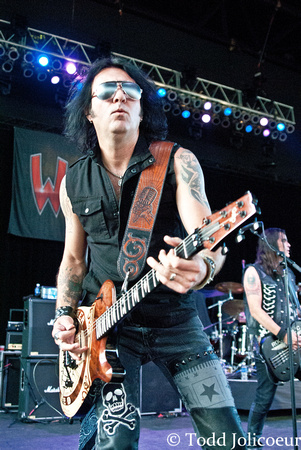