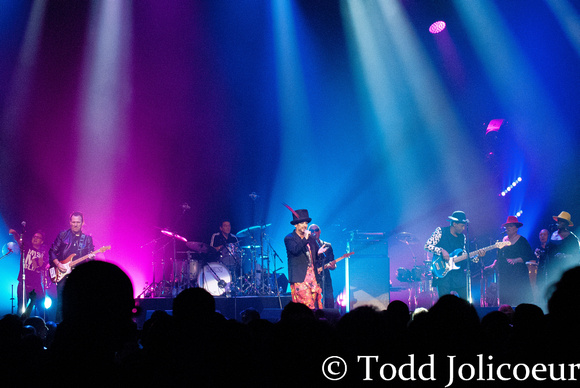 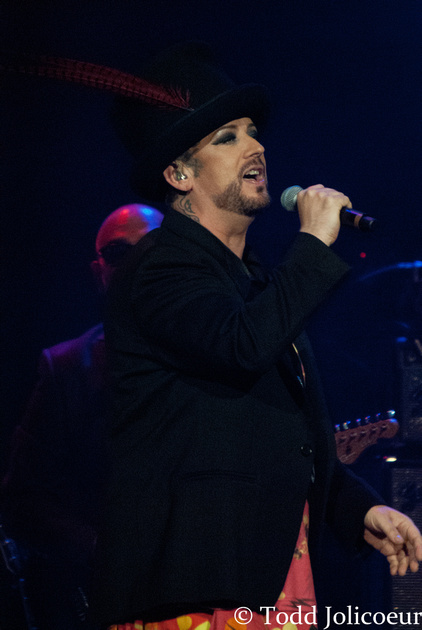 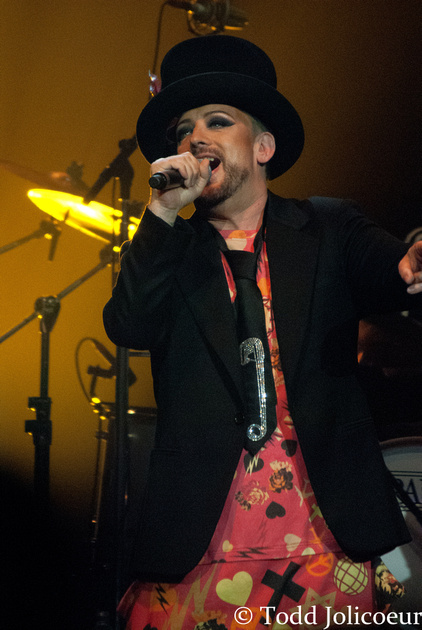 It has been over a decade since Boy George and Culture found themselves in Detroit, so when a show across the river at The Colosseum at Caesar's Windsor in Windsor, Ontario was announced, it was a show that immediately went onto my must see list.  Growing up with the four members of Culture Club as part of my life's soundtrack from 1982 - 1986, it was bound to be a great show full of classic songs and new stuff as well.  From the moment the band - drummer Jon Moss, guitarist/keyboardist Roy Hay, and Bassist Mikey Craig - hit the stage, it was high energy and fun.  The songs flowed and the energy that transferred from stage to audience and back was undeniable.  The sold out crowd was witness to the classic tracks from the Culture Club catalog as well as a few new treats, including previously unheard new songs from the yet unreleased Tribes disc and and a couple very cool covers. 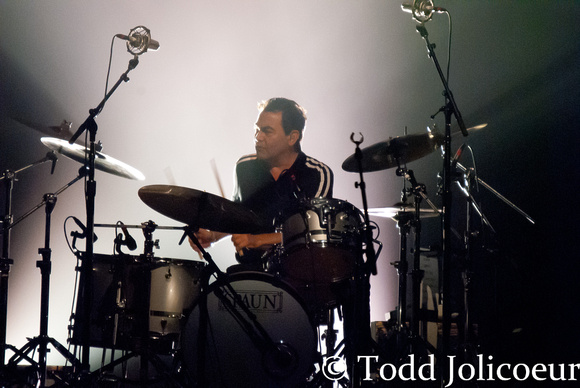 Pulling mostly from the bands first two releases and their latest recorded work, the band worked through nineteen songs that kept the audience engaged and enthused from opening note until the final bow.  The sound system and light show were great throughout the show and allowed Boy George's voice and presence to be carried from the front row to the back, with the assistance of the large screens.  The rest of the band danced and moved around the stage with smiles abound.  Culture Club is back and the band couldn't be happier.  The bands debut release, Kissing To Be Clever, was represented by hits "I'll Tumble 4 Ya," "Time (Clock Of The Heart)," and the smash "Do You Really Want To Hurt Me?" 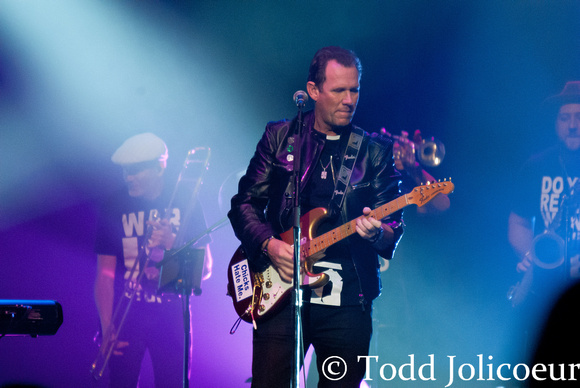 Six of the ten songs that appeared on the bands follow-up quadruple platinum release Colour By Numbers were in tonight's set.  The opening two  songs, "Church Of The Poison Mind" and "It's A Miracle" were culled from the disc.  In the middle of the set, the emotionally charged tracks "Black Money" and "Victims" appeared and demonstrated that this band were not just sugary pop goodness - they were great writers and performers.  Arguably the bands biggest hit from this, or any disc, was one of the tracks in the encore - "Karma Chameleon." The 1986 release From Luxury To Heartache featured one track in the show, the opening track from the disc and first single, "Move Away." 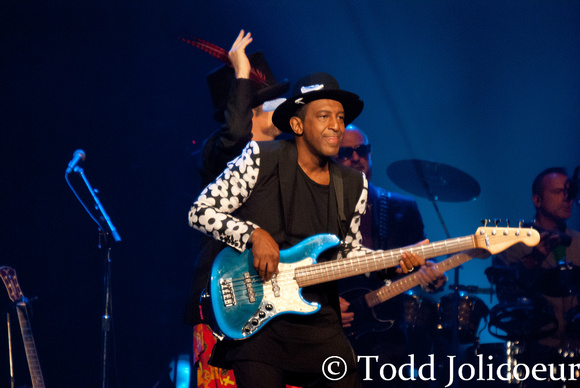 The band tucked themselves away last year and recorded new material that has yet to be unleashed on their fans, but those attending shows on this run in North America are being treated to some great songs that maintain the original fun and mood of Culture Club, while showing the growth and maturity the band has attained over the years through good times and bad.  Songs like "Like I Used To" and "Let Somebody Love You" added spice and flair to the evening's performance with a different groove than other hits and performances.  "Different Man" should be an instant classic in the bands catalog, as it has all of the right ingredients and comes across perfectly in a life situation.  The audiences reception to the new tracks was exactly what the band had hoped for.  Twisting an island vibe into several of the evenings performances added fun and diversity into the show and kept everyone entertained.  The three covers of the evening were great takes on classics tracks - two of which were releases for Boy George as a solo artist - "Everything I Own" and "The Crying Game."  Closing the show with the bands take on the T. Rex classic "Bang A Gong (Get It On)" was the perfect end to a crazy good time. 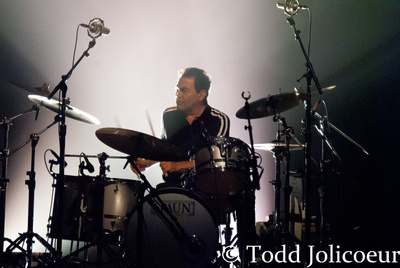 Setlist: Church Of The Poison Mind - It's A Miracle - I'll Tumble 4 Ya - Like I Used To - Everything I Own - Let Somebody Love You - Black Money - Victims - Move Away - Human Zoo - Time (Clock Of The Heart) - The Crying Game - Different Man - Miss Me Blind - Runaway Train - Do You Really Want To Hurt Me? - More Than Silence - Karma Chameleon - Bang A Gong (Get It On)