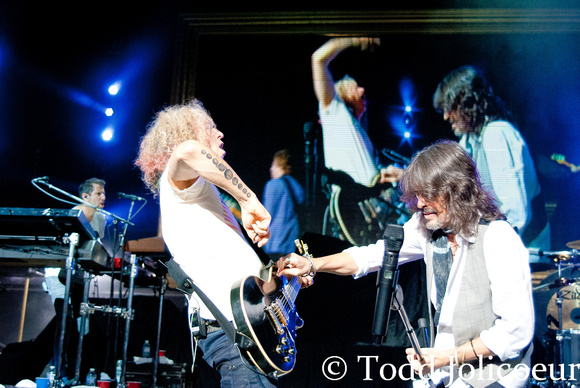 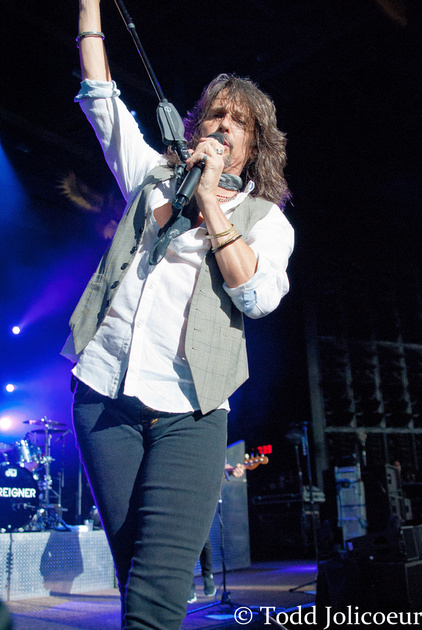 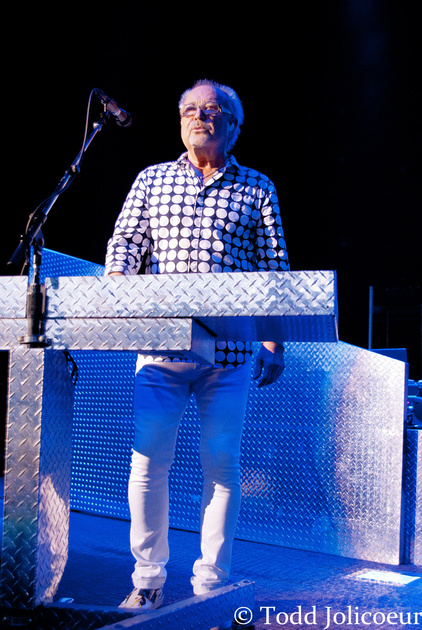 There are few bands that go through a lot of lineup changes that come out unscathed.  Foreigner is one of those bands that has bucked the norm.  The band's current lineup, Mick Jones – Lead Guitar, Kelly Hansen – Lead Vocals, Jeff Pilson – Bass, Tom Gimbel – Flute, Rhythm Guitar, Saxophone, Michael Bluestein - Keys, Chris Frazier – Drums, and Bruce Watson - Lead Guitar, has been traversing the country opening for Kid Rock on his First Kiss, Cheap Date tour - including 10 dates here in Detroit.  The bands set is a perfect reflection of their biggest hits and a cool showcase of the bands collective strengths on stage.  Original member Mick Jones has missed several dates on the tour, but was able to join the rest of his band for at least a portion of tonight's show - as we saw him perform the last three songs, two of them on lead guitar and the classic "I Want To Know What Love Is" on keyboards.  Lead singer Kelly Hansen has one of the richest voices in rock today, and his control of the stage and crowd are fun to watch.  Bassist Jeff Pilson ran from side to side, pointed, smiled, and enjoyed himself.  Bruce Watson took center stage several times to show off his understanding of the bands classic guitar riffs and played with Hansen and Pilson as well.  Having grown up on this bands catalog, I was excited to hear these songs live and enjoy them again.  It may not be 1981, but for a few fleeting moments, it was... as singers and air guitarists alike joined together song after song in the capacity crowd.  During the bands encore - how many other opening bands get an encore - the band brought a local choir onstage to help add depth and punch to the above mentioned classic "I Want To Know What Love Is" before closing with a killer version of Hot Blooded.  If you haven't experienced Foreigner in the last 25-30 years, it's about time you do - these guys still have it and bring their A-game. 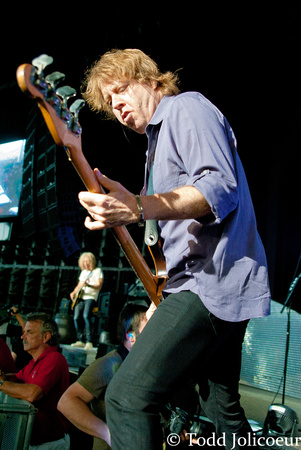