Martina McBride is out still promoting her latest release Everlasting.  Her show at Detroit's Fox Theatre was announced with special guest Loretta Lynn on the bill, and the crowd that filled the venue was as diverse as the two leading ladies of country music.  As the night kicked off, the enthusiasm in the crowd was undeniable, regardless of which performer, if not both, each crowd member came to see. 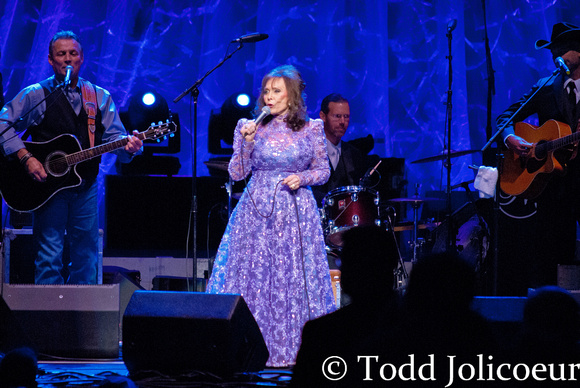 It's not every day you get to witness a performance by a living legend, let along review and photograph the show.  Excitement filled the air, as Loretta Lynn's band, The Coal Miners took the stage.  Her son Ernie kicked the show off with a cover of Toby Keith's "As Good As I Once Was" and her twin daughters Peggy and Patsy, The Lynns joined the band on stage for a single song before the woman of the hour walked on stage and kicked off her show with "They Don't Make 'Em Like My Daddy."  After sitting on a chair crafted for her by her steel guitar player, Loretta made her way through classic tracks from her catalog, she smiled and joked with the crowd and also with her band at various points during her performance.  Hearing the different tracks that influenced many a female country artist being performed by the original artist was exciting and inspiring.  Loretta even took a backseat, so to speak, to allow her band to step into the spotlight and run the stage for a few minutes before she closed her show with one of the more famous (if not the most famous) songs from her catalog - "Coal Miner's Daughter."  Smiles were all around - in the crowd and on stage - as the song came to a close and Ms. Lynn left the stage... for now. 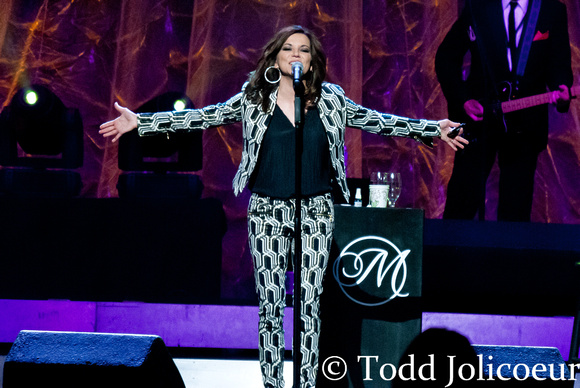 After a quick set change, Martina McBride's band filled the stage with music and awaited the moment she would join them after a short musical interlude.  McBride hit the ground running with two tracks from her 2001 Greatest Hits release, including "When God-Fearin' Women Get The Blues" and didn't look back.  Pulling another track from her catalog, "Love's The Only House" kept the pace up and the hits coming.  As soon as that song came to a close, Martina took a few minutes to talk about her career, her love of different genres, and her latest project, Everlasting.  This paved the way for the next two songs, Van Morrison's "Wild Night" and Elvis' "Suspicious Minds."  Blending classic McBride tracks with various covers that she has released over the years, Martina filled the set list with great music that showed off her influences and her talents as a singer.  After a cool rendition of Blessed, McBride and band jumped back into her career and launched into her first #1 single, Wild Angels."  Blending more covers into the fray, Martina swirled in a five more tracks from the 2014 disc, including "My Babe" (Little Walter), "Little Bit Of Rain" (Fred Neil), and two Motown classics: The Supremes "Come See About Me" and Jimmy Ruffin's "What Becomes Of The Brokenhearted."  A cool moment arrived as Martina welcomed one of her influences and idols Loretta to join her on stage for a duet on the medley of "I Saw The Light / I'll Fly Away."  More of Martina's hits filled the setlist, including the Top 5 single from 2011's Eleven, "I'm Gonna Love You Through It."  Two of the more powerful tracks at Martina's disposal helped close the show.  Her encore included a cover of Dusty Springfield's "Son Of A Preacher Man" before bringing down the house with "This One's For The Girls" and the rousing "Independence Day."  As the final note was played and the house lights came up, the excitement that began the evening was as fresh as it had been hours before as a satisfied audience exited the theatre reflecting on the powerful dual performances they had just seen. 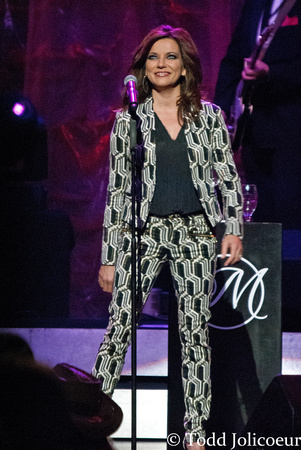 Setlist: When God-Fearin' Women Get The Blues - Love's The Only House - Wild Night - Suspicious Minds - Blessed - Wild Angels - I'm Gonna Love You Through It - My Babe - Perfect - In My Daughter's Eyes - Little Bit Of Rain - I Saw The Light / I'll Fly Away (w/ Loretta Lynn) - Anyway - Come See About Me - In The Basement - Whatever You Say / Where Would You Be - A Broken Wing - What Becomes Of The Brokenhearted - Son Of A Preacher Man - This One's For The Girls - Independence Day 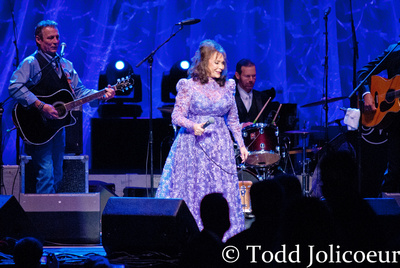 Setlist: They Don't Make 'Em Like My Daddy - You're Lookin' At Country - When The Tingle Becomes A Chill - You Ain't Woman Enough To Take My Man - Love Is The Foundation - Fist City - She's Got You - One's On The Way - The Pill - Feelin's - Your Squaw Is On The Warpath - Somebody Somewhere (Don't Know What He's Missin' Tonight) - Don't Come Home A-Drinkin' (With Lovin' On Your Mind) - Coal Miner's Daughter