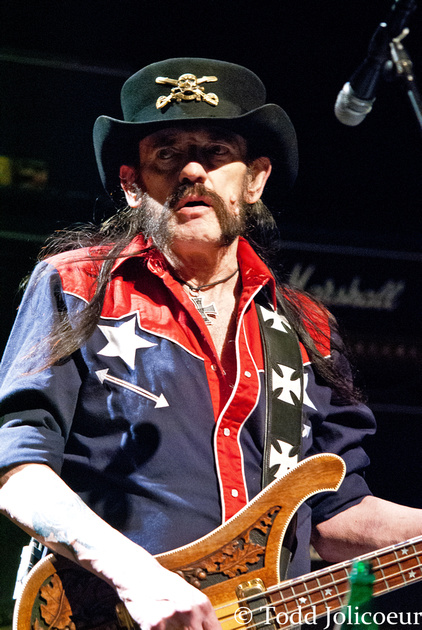 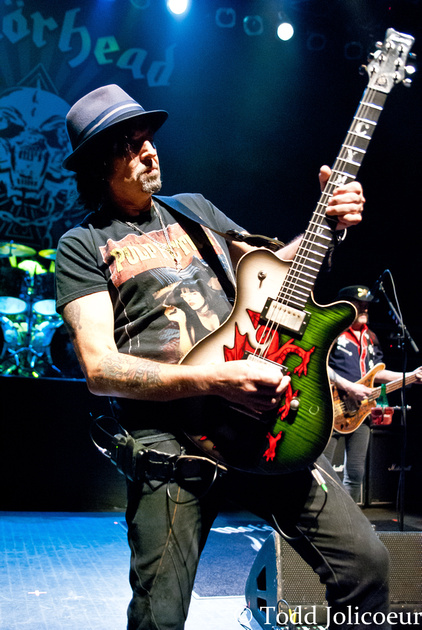 Motörhead has been in the news a lot lately due to the health of front man Lemmy and a couple recent cancelled shows.  What they should be in the news for is an awesome 40th Anniversary tour they are currently in the middle of, featuring Anthrax and Crobot.  The Fillmore in Detroit was filled with rockers young and old to see this night of killer music unfold before their eyes and ears.  There seem to be a lot of anniversary shows and tour floating around, but not many with the buzz this show brought to the original Rock City. 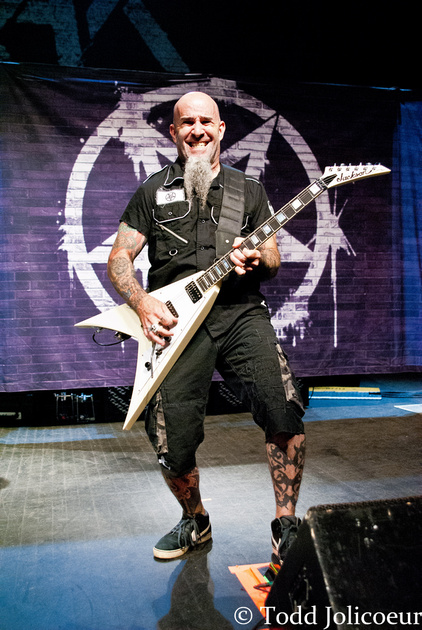 American thrash rockers Anthrax was slotted to take the stage to warm the crowd for the headliners, but they did so much more than that.  Pulling songs from the bands classic lineup from 1985 - 1990 and throwing in a couple more recent tracks, these guys slayed the crowd and delivered an energy packed show that did more than deliver a warm up.  The bands 1985 release Spreading The Disease was represented with the nights opening selection "Madhouse" and again with the heavy handed track "Medusa."  It was tiring watching both bassist Frank Bello and singer Joey Belladonna run from side to side of the stage, as well as all of the headbanging Bello was doing.  Keeping things retro for the opening segment of their setlist, the band then tore into "Caught In A Mosh" from the Among The Living disc, which also provided the nights closing song, "Indians."  Drummer Charlie Benante kept time and had his head in the game the entire set, watching and controlling the tempo of the show, while enjoying his time on the stage.  Making sure to represent the more modern sound of the band - which is still classic Anthrax - the band dropped in two songs from their Worship Music disc (2011): "Fight 'Em 'Til You Can't" and "In The End."  Scott Ian did not disappoint with his guitar playing, his prowess on his side of the stage, and his typical interaction with the crowd.  The bands most release recording, a Grammy winning cover of Black Sabbath's "Neon Knights" did not disappoint and delivered the goods. 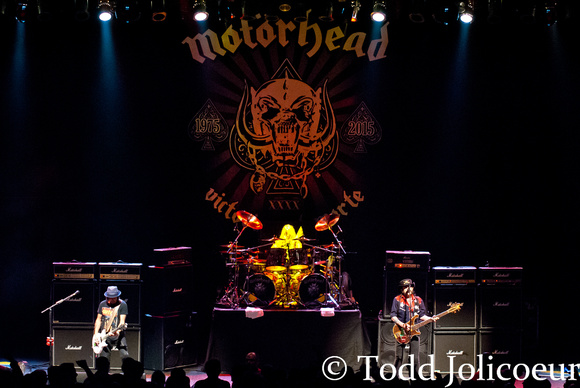 Once the lights came up, the stagehands worked quickly to convert the stage to a simpler set up for the trio of rocker the crowd is chomping at the bit to see.  The electricity is charging by the minute as the time draws near for Motörhead to hit the stage and deliver what is sure to be a classic lineup of rock and roll.  After minor tweaks to the sound system (damn this is going to be loud), the lights go out and the band readies themselves.  As the band hits the stage and assumes their positions, those familiar words Lemmy has uttered before every show come bellowing through the speakers... "We are Motörhead and we play rock and roll!"  Form their the evening charges on with a setlist that digs heavily into the bands classic discs and tracks, along with some other songs that keep the audience engaged and happy.  The shows first three songs "Damage Case," "Stay Clean," and "Metropolis" and the sets final track "Overkill" all come from the 1979 release Overkill.  Watching Phil Campbell stroll the stage demonstrating his guitar work for all to see was awesome, as were the solos her has perfected over the years.  1981's Bomber provided a couple tracks for the night: "Over The Top" and the title track.  As a side note, it was possibly the first time since 2012 that the track "Bomber" had been played live.  Swirling in some other tracks from mid 1980's releases, the band tried to make sure different albums were featured during their 80-minutes on stage.  Drummer Mikkey Dee was a flurry of hair, arms, and  sticks as he beat his drums into submission during the set, keeping the tempo under control while adding punch and energy to the night.  The mid-80's tracks that kept the show moving during the middle of the set were: "Rock It" (1983's Another Perfect Day); "Doctor Rock" (1986's Orgasmatron); and "Just 'Cos You Got The Power" (1988's No Sleep At All).  Lemmy's vocals and bass were pounding and thunderous all evening.  Watching Kilmister finger his bass while vocally kicking the shit out of the tracks chosen for tonight's performance was sheer enjoyment for everybody in the packed venue.  The only disappointment for me this evening was the total disregard of any tracks from the bands latest release Bad Magic, which dropped last month.  The most recent track played was 2013's "Lost Woman Blues."  The night wouldn't be complete without hearing what is arguably the bands most recognized tune, Ace Of Spades.  I don't care how many times you hear this track live, it always gets the blood flowing and the head banging.  Leaving the Fillmore, there was only one thing to say... "They are Motörhead and they played rock and roll!"

Setlist: Damage Case - Stay Clean - Metropolis - Over The Top - The Chase Is Better Than The Catch - Rock It - Lost Woman Blues - Doctor Rock - Just 'Cos You Got The Power - Bomber - Ace Of Spades - Overkill 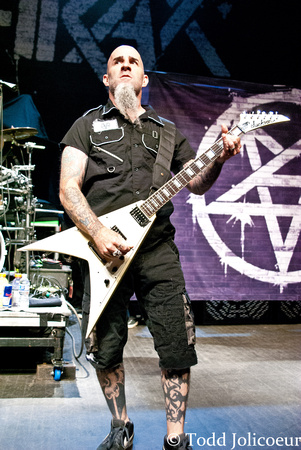 Setlist: Madhouse - Caught In A Mosh - Got The Time - Antisocial - Fight 'Em 'Til You Can't - Medusa - Neon Knights - In The End - Indians