The last time I saw 3 Doors Down, they were on their Acoustic Basement tour, and while it was cool to hear a lot of the bands hits stripped and played in their barest form, the show seemed to be missing that little something.  With their latest return to Detroit Rock City, they brought that something special with them and put the rock in "Rocktober."  With Michigan natives Pop Evil on the bill, this was sure to be an evening filled with riffs, drum fills, killer vocals, and an overall party attitude.  3 Doors Down came to rock and rock they did.

From the west side of the state, North Muskegon originated rockers Pop Evil took their spots on stage and proceeded to kick their portion of the show into full gear from the moment the lights came up.  Front man Leigh Kakaty controlled the flow of their setlist from behind his microphone, while roaming from side to side and front to back.  With song after song, the band built up momentum and intensity through a setlist that included six songs from their latest effort, 2015's Up.  Guitarists Dave Grahs and Nick Fuelling played to the crowd from either side of the stage, often trading off licks mid song and allowing each other to sign in their roles within the live arena.  The fans seemed to enjoy the songs as the band ripped through songs from their catalog during their 45 minutes on stage.  Matt DiRito roamed the stage like a wild man, tossing his head and hair around uncontrollably while helping anchor the various tracks with his heavy-handed bass lines.  As the band snaked their way through the ten songs they featured tonight, the band helped introduce newest member and drummer Hayley Cramer to more of their fans, while she kept time underneath the various vocals, riffs, and solos.  Once again it was a pleasure and good time watching Pop Evil rock out for and with their fans. 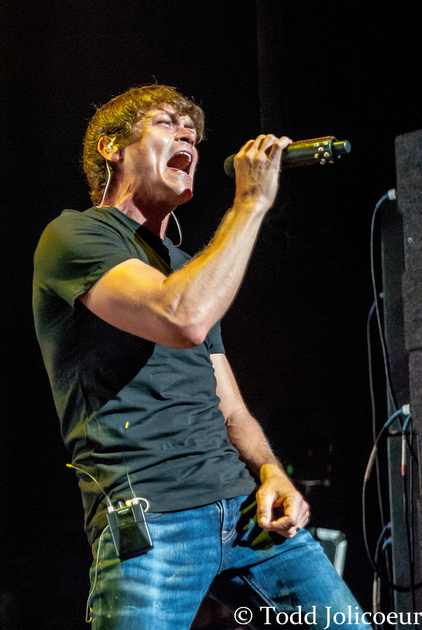 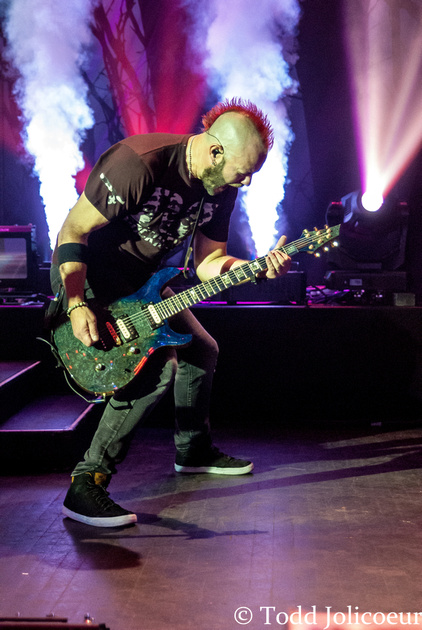 3 Doors Down is one of those bands that everybody seems to like - whether they are die-hard fans or sing along to the radio hits.  As the time neared for the band to assume their rightful positions on stage, the die-hard fans were chomping at the bit near the front of the stage in a packed venue.  When the lights went out, it was as if there were a surge in the audience and you could feel the excitement wash over the crowd and toward the stage.  Kicking the show off with "Still Alive" from the bands most recent release, Us And The Night (released March 11 2016), the band came out blazing and ready to rock.  Lead singer Brad Arnold was all smiles as he prowled the stage and sang his ass off.  Next up was the powerful rocker "It's Not My Time" which had as much punch and impact tonight as it ever has for me.  The band sounded tight and punctuated the attitude of the song well.  While the band didn't move much around the vast stage, it was fun watching them patrol their own little territories, especially guitarist Chris Henderson who is a no frills guitarist that helps anchor the 3 Doors Down sound.  As a military veteran, it always brings a smile to my face when I hear "Citizen/Soldier."  This song apparently means as much to the band as well.  Not only did Arnold dedicate it to the Armed Forces after the song finished, but the way Chet Roberts threw himself into the guitar parts and solos was obvious.  Tossing three more new tracks into the set, the band played "The Broken," and later in the set a one-two punch of "Us And The Night" and "Into The Dark."  The rest of the set was peppered with songs that were Top 10, with most hitting #1 on the various US charts, including killer versions of songs like "Let Me Go," "Away From The Song," and "Duck And Run."  Drummer Greg Upchurch provided a great backbeat for the various tracks and kept the timing perfectly while the rest of the band did what they do best.  Bassist Justin Biltonen threw his heavy handed bottom end and low notes into the mix as well, completing the rhythm section.  Winding down the nights entertainment, the band tore into major hits and singles from their 2000 debut "Be Like That" and "Kryptonite."  Standing shoulder to shoulder with other fans in tonight’s crowd, we all wondered what the band had planned for the encore when they had just played arguably one of their biggest hits.  It was hard to argue with the bands decision to close with "Here Without You," "Loser," and "When I'm Gone."  As these songs came through the sound system, just about everybody in the place was a die-hard fan and sang along word for word, hoping this night of great rock would keep rolling.  I guess we will just have to keep rocking the copies of Us And The Night some of us picked up on our way out of the venue... 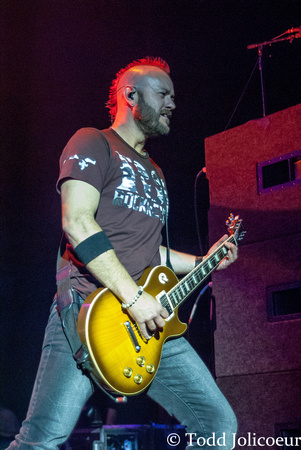 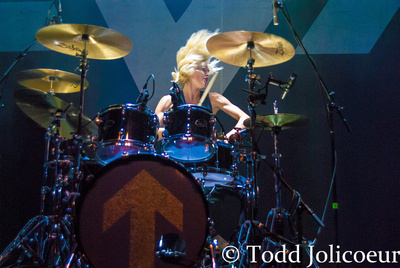