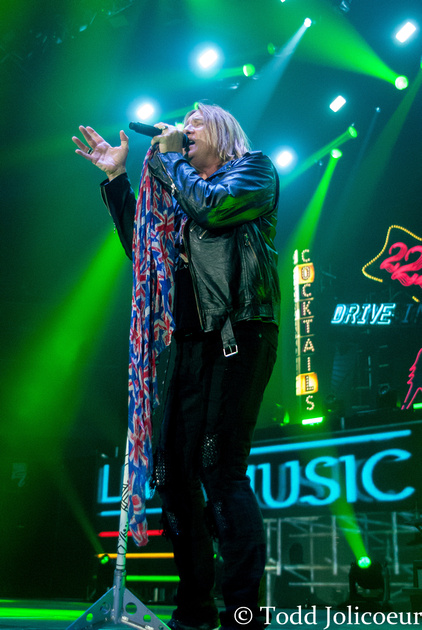 When Def Leppard announced a return to Toledo, there was excitement all around.  Toss in supporting roles from REO Speedwagon and Tesla, and you have a lineup that is welcome in any rock and roll city.  Bringing over 100 years of cumulative rock and roll experience to the proverbial tabel, this was going to be a night full of hits - both rockers and ballads - that would please the most discerning audiences. 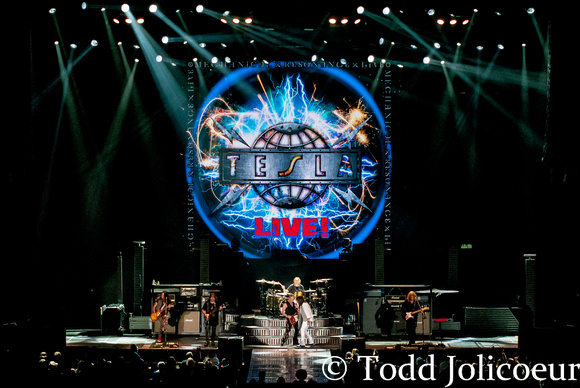 First up was Tesla, and they lit up the venue from the first note and kept the energy pumping from song to song, even when they slowed the pace down a bit on ballads or acoustically driven tracks.  Even with a shortened set due to time constraints of being on a three-band bill, the band took full advantage of their time on stage and treated fans to all of the Tesla classics as well as a song or two that helped introduce the entire audience to something new.  Dragging Def Leppard's Phil Collen on stage during their set was an added bonus for fans of both bands.  As the band winds down this tour and ramps up for a headlining run early next year, this was a great treat for a capacity crowd in Toledo. 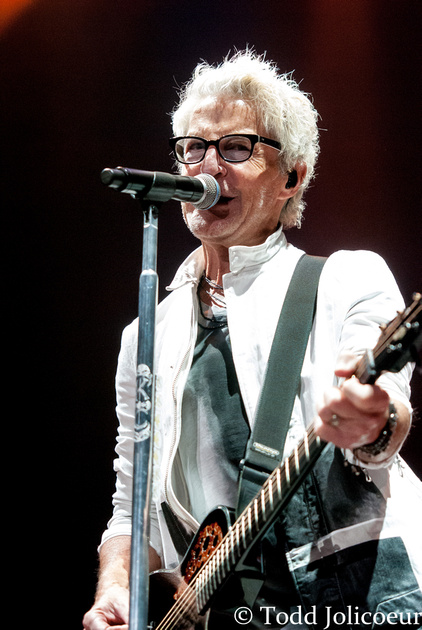 REO Speedwagon has been around the block a time or two, and their stage presence and setlist tonight demonstrated that more than anything.  As their moment to perform came, the band took their respective spots on stage and set forth with playing a nothing but hits - one after another - with some cool anecdotes and various stories to help draw you into their world at various points during their career.  Lead singer and frontman Kevin Cronin controlled the ebb and flow of the show from behind the microphone, the occasional guitar, and even a grand piano.  Through the various hits, guitarist Dave Amato took the spotlight and played his guitar to perfection on various leads and solos.  Hearing songs from Hi Infidelity (one of the first cassettes I eve purchased) was a high point for me, especially when "Tough Guys" came blaring through the packed venues sound system.  Bass player Bruce Hall anchored the set with precision and even took over lead vocals during "Back On The Road Again."  Aiding in the tempo control of the various hits is drummer Bryan "Hitman" Hitt who bashed his skins or took it easy and supplied a steady rhythm, depending on the needs of the song and its placement in the set.  Founding member Neal Doughty held down the musical accompaniment from behind his keyboards, smiling and enjoying himself as the band and crowd fed off of each other's enjoyment of the show. 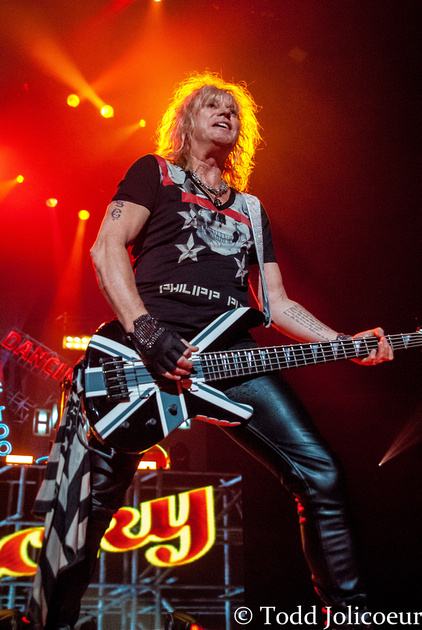 Def Leppard brought their killer show to Toledo, OH's Huntington Center and the venue, city, and Leppard fans responded with a capacity crowd that showed up to get rocked... and get rocked they did.  The band took the stage on time and immediately ripped into a rocking set with guitar solos wailing, drums pounding, and lights blazing everywhere.  Frontman Joe Elliott led the band through their steps as he has for years, singing the songs we have all come to love over the years and engaging the crowd with stories and little nuances that he always brings to the bands live show.  Roaming the stage freely from song to song was guitarist Phil Collen.  Watching his play solo after solo and riff after riff flawlessly is always enjoyable, as he make it seem easy.  Trading licks with Collen, the other six-stringed minstrel Vivian Campbell was all smiles from the minute he hit the stage until the band took their final bows for the evening.  The band chose songs and pieced together a Def Leppard Greatest Hits show that was sure to please all of their fans that made it out tonight, from the die-hards to the fans who came to experience the band live for the first time.  Bass player Rick Savage did what he does best - help keep the tempo and cadence of the band in check as well as contributing the background vocal sound that has become a staple on DL recordings over the years.  Sitting high atop his perch behind the band, drummer Rick Allen played furiously keeping the band in time.  His drumming is always inspiring - it truly doesn't matter how many times you have seen the band live.  As the band tore through song after song, the crowd seemed to grow more and more energetic, feeding off of the power of the music, lyrics, and memories. 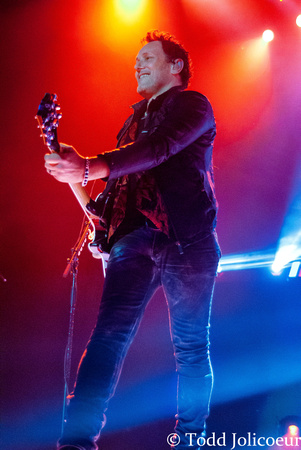 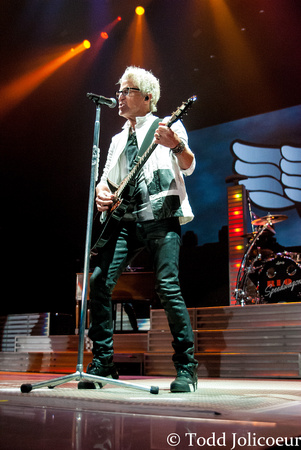 Setlist: Don't Let Him Go - Take It on the Run - Keep Pushin' - Can't Fight This Feeling - Tough Guys - Time for Me to Fly - Back on the Road Again - Ridin' the Storm Out - Keep On Loving You - Roll With the Changes 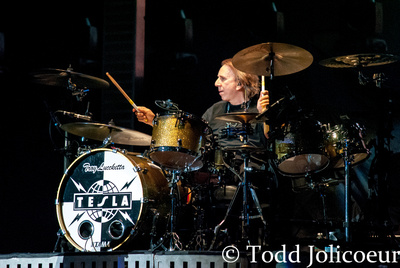 Setlist: Rock Me to the Top - Edison's Medicine (Man Out of Time) - Heaven's Trail (No Way Out) - Signs - Save That Goodness - Love Song - Little Suzi - Modern Day Cowboy